The Medicaid Dentist Directory is a resource for finding federal and state funded programs for providing basic dental services from clinics and individual dentist offices and practices for eligible individuals and families.

Families with children needing dental care may be able to qualify for special funding to obtain health insurance for children with the help of the Federal government. Read more about this popular and growing program.

This website is under development. We continue to compile community, city, state and Federal resources for dental health treatment.

Contact your local State government or local Medicaid office for determining eligibility and the application requirements.

The National Foundation of Dentistry (NFDH) has developed a program for Dentists to donate certain services for qualifying individuals. Applicants who are either disabled, elderly or medically compromised and have no other way for paying for dental care may be able to secure help in their 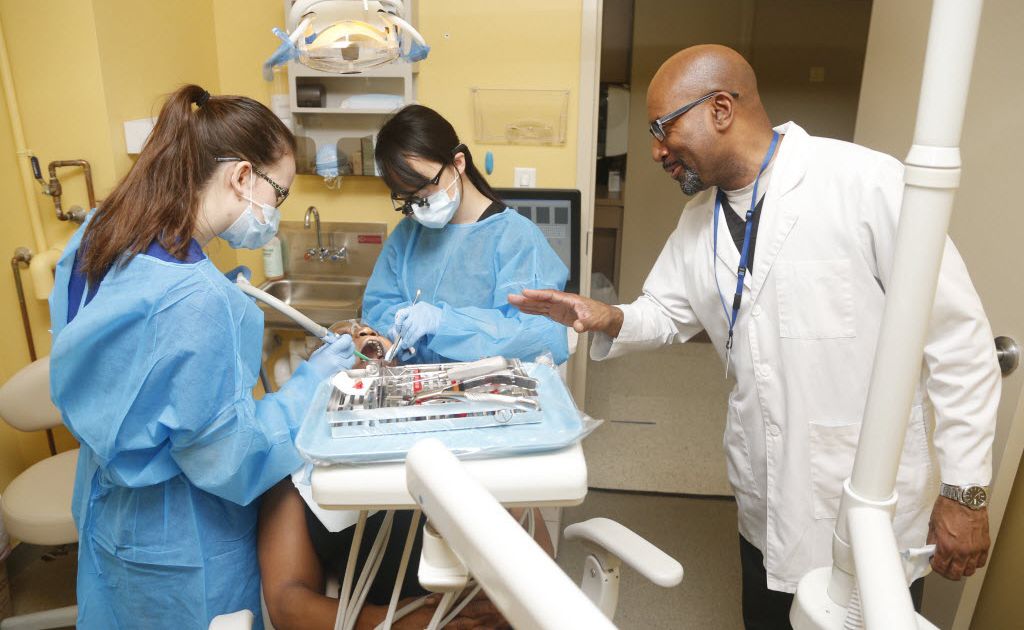 AUSTIN — Gov. Greg Abbott on Sunday ordered dentists, as well as other health care professionals in Texas, to postpone for one month all elective surgeries and non-emergency procedures.

Abbott’s new executive order directs dentists as well as doctors to delay until 11:59 p.m. on April 21 “all surgeries and procedures that are not immediately medically necessary” to preserve a patient’s life or avoid “adverse medical consequences.”

The main impetus for it was to free up hospital beds for Texans who have contracted the novel coronavirus. However, many workers in the dental profession believed keeping dentists’ offices open posed a hazard to their and patients’ health – by increasing community spread of the virus. It also depletes scarce masks,

She never imagined the treatment plan the Niles, Ohio, dentist would come up with after he peeked into Gregory’s mouth for what seemed like only two or three minutes.

Michael Griesmer said the preschooler needed root canals – seven of them. Stunned, Lancaster asked why he had not even taken X-rays. Griesmer told her they weren’t necessary.

“I figured he is a professional so I trusted him,” she recalls. “If I knew then what I know now, I would have never gone through with any of it.”

Two weeks later, in May 2013, the dentist put Gregory under and drilled his teeth. The Medicaid bill came to $1,273 – compared to the $61 that Medicaid would have paid for a checkup and cleaning.

What Lancaster didn’t know then: Dental Express was part of

At US Dental Group, we strive to provide our patients with strong, healthy teeth and gums to last a lifetime. We are the leaders of oral healthcare in the Las Vegas area, providing affordable dental care in a hygienic and friendly environment. From general and preventive dentistry for the entire family, to restorative dentistry such as bridges, crowns and teeth whitening, our high standard of excellence ensures that each patient receives optimum dental care. If you’re in need of a dentist, Las Vegas professionals from our team can offer you the oral health care results you need.

To meet each of our patient’s personalized dental needs, we provide a wide range of quality dental services. In addition to routine cleanings and checkups, we also offer tooth whitening, tooth fillings, crowns, bridges, dentures, root canals, DuraFlex, and Invisalign – straight from our qualified dentists. Las

Just 4 Fun
This Day in History


How
to Create Special Days

Date When Celebrated : This holiday is always March 6


Dentist’s Day is a day to display a big, toothy smile. After all, your Dentist
plays a role in that big, bright smile. He’s an important person in keeping
your smile bright, and your teeth and mouth healthy.


If your Dentist is such an important person, then why are we so scared of
the next dental visit? Is it perhaps the

Coast Dental is OPEN and committed to providing a safe and healthy environment for our patients and staff.


Our practices are open and prepared to serve our communities during the COVID-19 outbreak. Coast Dental takes infection control precautions every day to prevent the spread of all infections, including Coronavirus.


We are staying abreast of changes per World Health Organization, CDC and the state departments of health.


Welcome to Coast Dental Pleasant Hill. Our dentist office at 1630 Pleasant Hill Road, Duluth, GA 30096, offers general dentistry services and dental specialty services including orthodontics. Give our office a call at (770) 381-7878 to see how our dentists can help you look and feel your best. 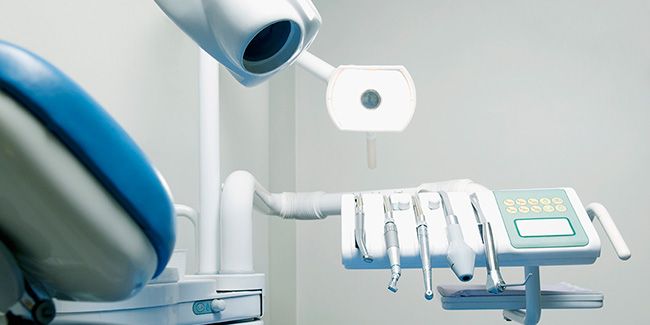 Red Flags at the Dentist’s Office

As if going to the dentist wasn’t already nerve-racking enough, getting subpar service could leave you with more than just a sore set of chompers. “There are some surefire warning signs that should make any patient wary of the care she’s about to receive at a dental office,” says Jonathan Schwartz, DDS, a family and cosmetic dentist at Manhattan Dental Health. Not sure what to look for? We asked dentists to share the red flags that should have you scrambling out of the chair.

MORE: 7 Weird Things Your Teeth Are Trying To Tell You

1. The office doesn’t request your old dental records. Before you even show up for an appointment at a new dentist’s office, the staff should be asking for these records as a baseline. “A lot of dentistry is about tracking problems and looking out for changes,” Schwartz says. “While some problems may be very apparent,

Dentists Near Me – Find Dentists

Dr. Dental has dental offices throughout Connecticut, Massachusetts, New Jersey and in New Hampshire. Wherever you are in the New England area, Dr. Dental provides convenient and affordable family dentists near you.

Dr. Dental clinics have been serving the communities of Massachusetts, Connecticut, New Hampshire and New Jersey for over a decade. We take pride in being the first choice of the residents of these states and strive to maintain the high quality services that won them over in the first place. This is why we are constantly expanding our offerings, updating our techniques and equipment, and ensuring that they find a Dr. Dental dentist nearby.

“Why is Dr. Dental a Better Option than Other Dentists Near Me?”

Dr. Dental dentists are qualified professionals who are yet to meet a mouth they do not like. In addition to boasting years of experience and expertise using top notch dental tools, they

Dentists – What do Dentists do?

Dentists diagnose and treat problems with teeth and tissues in the mouth, along with giving advice and administering care to help prevent future problems. They provide instruction on diet, brushing, flossing, the use of fluorides, and other aspects of dental care. They remove tooth decay, fill cavities, examine x rays, place protective plastic sealants on children’s teeth, straighten teeth, and repair fractured teeth. They also perform corrective surgery on gums and supporting bones to treat gum diseases. Dentists extract teeth and make models and measurements for dentures to replace missing teeth. They also administer anesthetics and write prescriptions for antibiotics and other medications.

Dentists use a variety of equipment, including x-ray machines, drills, mouth mirrors, probes, forceps, brushes, and scalpels. Lasers, digital scanners, and other computer technologies also may be used. Dentists wear masks, gloves, and safety glasses to protect themselves and their patients from infectious diseases.

All practicing general dentists have earned either a DDS or DMD degree (doctor of dental surgery or doctor of dental medicine, respectively). There is no difference between the two degrees or the curriculum requirements that dentists must meet. Some schools simply award the one degree, while others award the other.