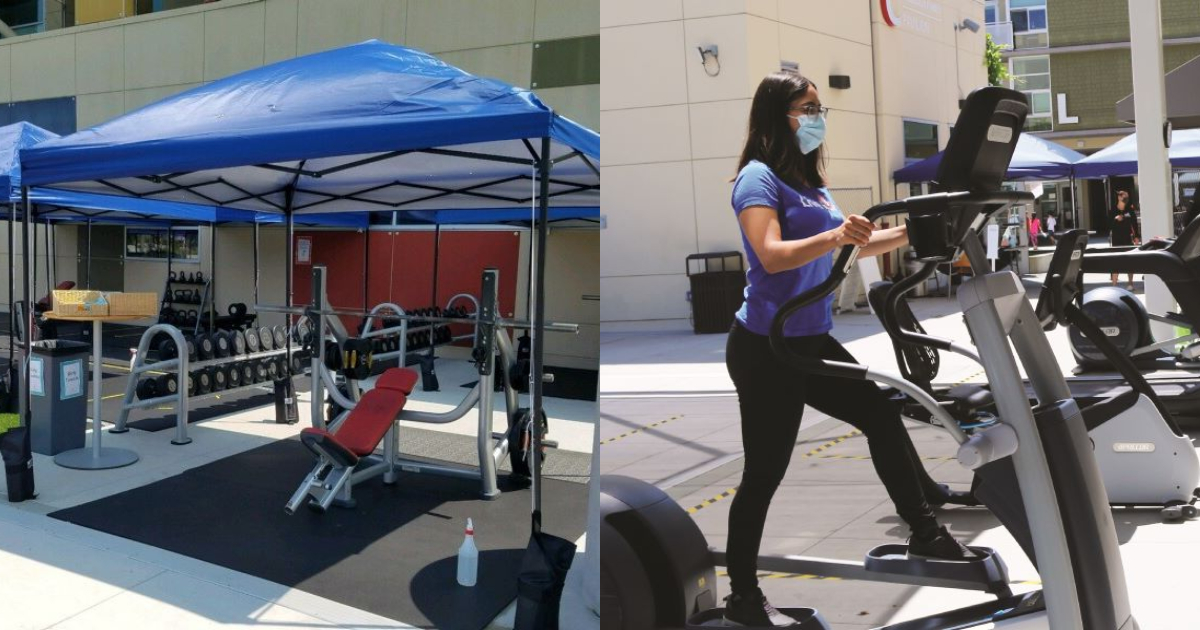 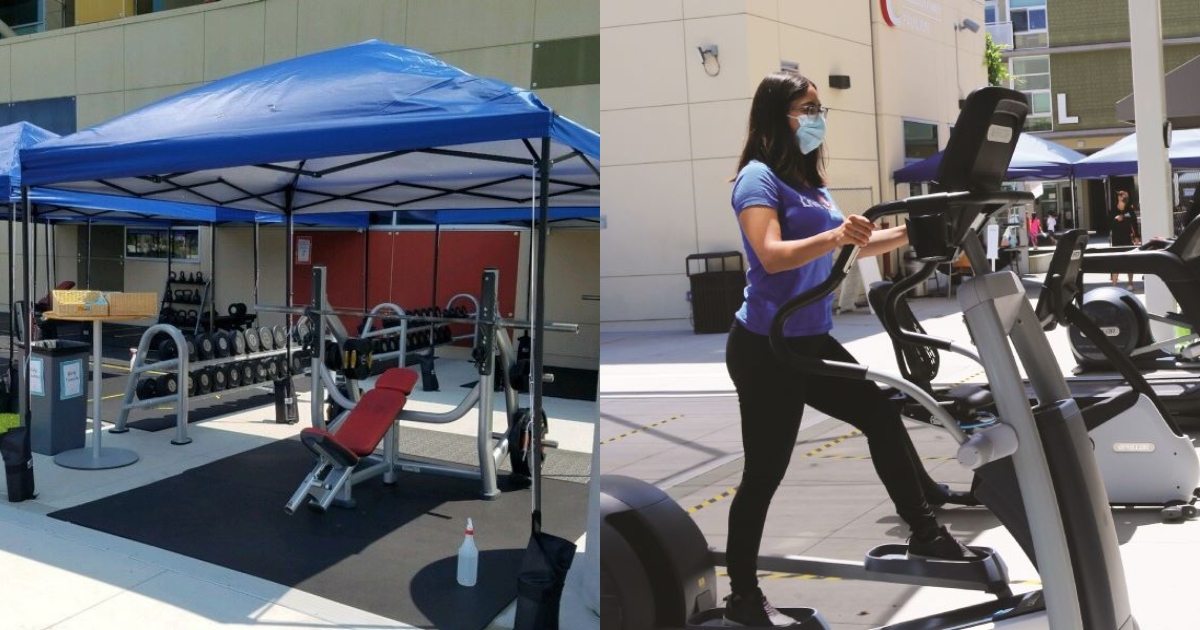 In the latest Around Town column, news about how the COVID-19 pandemic has led the Oshman Family JCC to readapt its fitness center, a local mosque to rethink an annual celebration and a five-star hotel to offer a “dream” giveaway.

COMMITTED TO FITNESS … Restaurants aren’t the only establishments that have brought their services outdoors during COVID-19. Gyms have recently joined the trend by bringing their exercise equipment out in the open, including the Oshman Family Jewish Community Center. Ellipticals, treadmills, rowing machines and other equipment from the center’s Goldman Sports and Wellness Complex are set up outside and available for members’ use. The JCC also has set up a strength-training area under a shade that includes weights and lifting stations. “We have offered outdoor workouts and classes before; however, the ‘outdoor gym’ we have set up this time — we have not done anything like this before,” Todd Milton, the complex’s director, said in an Aug. 13 press release. JCC staff are following guidance from the state and Santa Clara County by keeping physical distance between members and maintaining cleaning practices throughout the south Palo Alto campus in response to the health crisis. Procedures also have been changed at the JCC’s Bill Heller Outdoor Pool to comply with health guidelines. The center has plans to bring back group exercise sessions at Freidenrich Community Park followed by interval, zumba and cycling classes.

QUIET REFLECTION … Religious groups have had to dramatically readapt their traditions since the coronavirus pandemic hit and the Dawoodi Bohras of San Jose is no exception. The group, which during regular times meets at its mosque in south Palo Alto, has adjusted its practices for ‘Ashara Mubāraka, which translates to Blessed 10, a 10-day period of reflection that began on Aug. 19 and kicks off the Islamic New Year. The changes are a dramatic departure from normal customs for the roughly 150-family congregation that practices Shia Islam and is mainly composed of members scattered across the south bay. What is usually a solemn gathering for the believers who remember the martyrdom of Imam Hussein, the grandson of the Prophet Muhammad, will instead take place at their respective homes. “It is a period of gaining education and spiritual reflection,” said Zoaib Rangwala, who has been involved with the local Dawoodi Bohras group since its founding in 2000. For two hours and 15 minutes each day, they will watch recorded sermons by the current leader of the community, Syedna Mufaddal Saifuddin, and the past two leaders. During normal times, the congregation would have gathered for sermons and two meals cooked by members of the mosque daily over the 10-day period; the congregation fasts on Ashura, the 10th day, from sunrise to sunset. This year, some members of the local community will prepare the food ahead of time at the mosque’s commercial kitchen, then distribute the meals to around a dozen pickup sites between San Francisco and Gilroy. The group also has offered a helping hand to the community during the pandemic in recent months, including donating roughly 200 hand-sewn face masks to East Palo Alto residents and seniors at the Palo Alto Gardens apartment complex and delivering a pizza lunch to Palo Alto police officers. 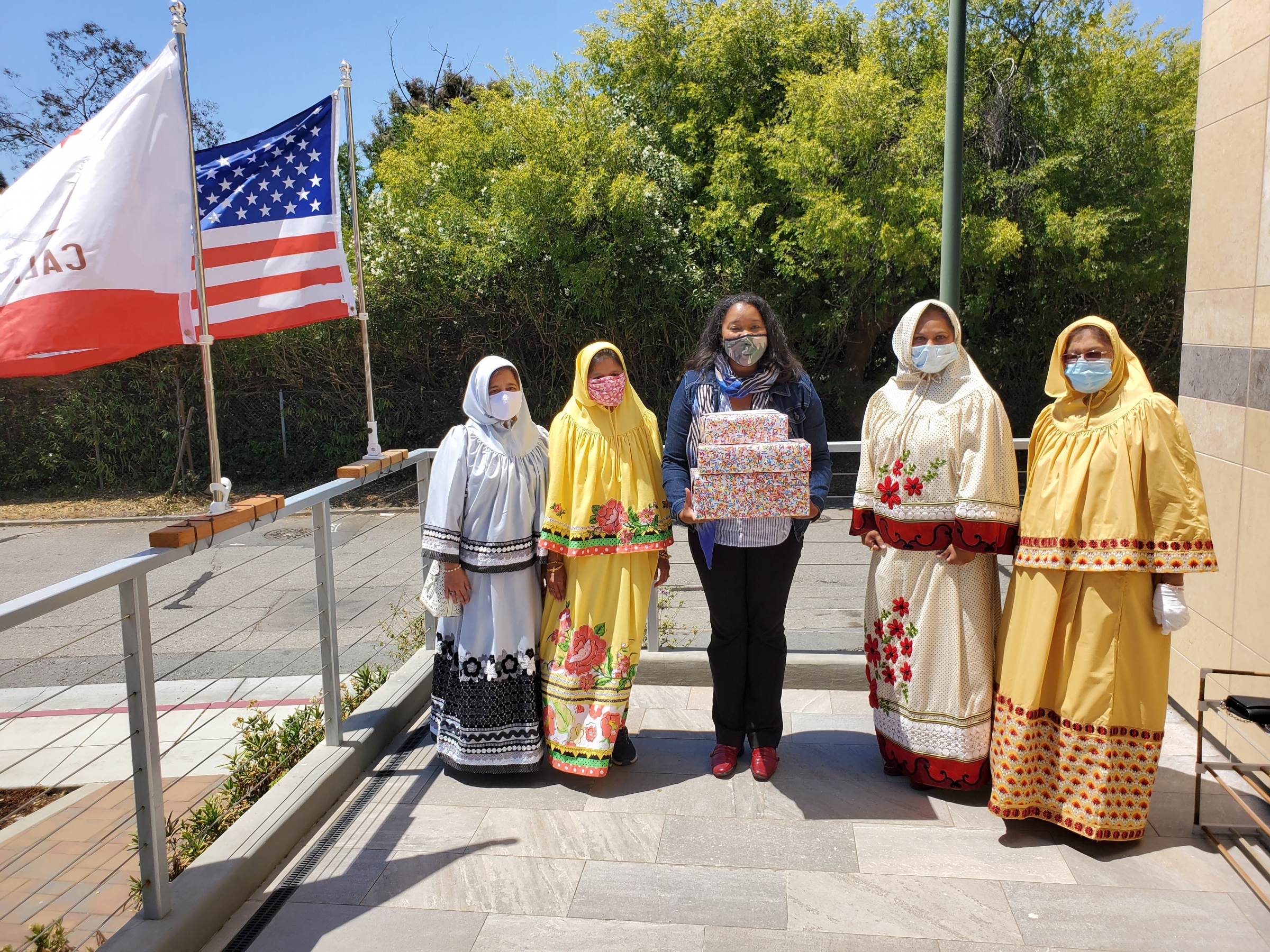 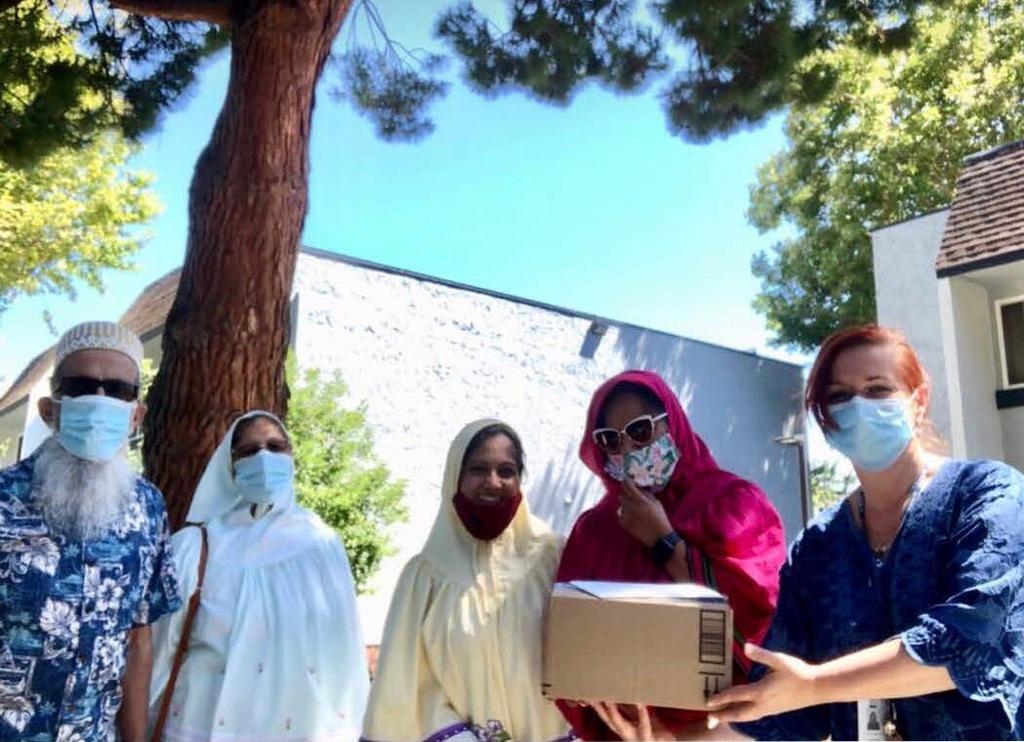 The Dawoodi Bohras of San Jose delivers handsewn masks made by members of the mosque to Palo Alto Gardens. Courtesy Zoaib Rangwala.

A HERO’S REWARD … The Four Seasons Hotel Silicon Valley plans to pull out all the stops for one special essential worker through a “dream celebration.” The East Palo Alto hotel is accepting nominations for a community hero who will be treated to a special event, such as a milestone birthday, wedding, graduation party or other occasion, worth $50,000 with the help of its staff and partner companies. “We are empowering people to nominate (or self-nominate) a community hero who we could provide a fully specialized intimate event,” General Manager Florian Riedel said in a statement. “It could be your friend who has been delivering food to elderly; a neighbor who spearheaded home schooling for local kids; a first responder; or someone you know who is making (a) positive impact and who has put themselves above others during this difficult time.” The event will take place before Dec. 31, 2021, on a date agreed on by the hotel and the winner, pending local health orders. Along with the venue, the winner also will receive a customized menu by Executive Chef Martín Morelli, entertainment, flowers and photography and videography services. Submissions will be accepted through Sept. 15 at woobox.com/2strop.