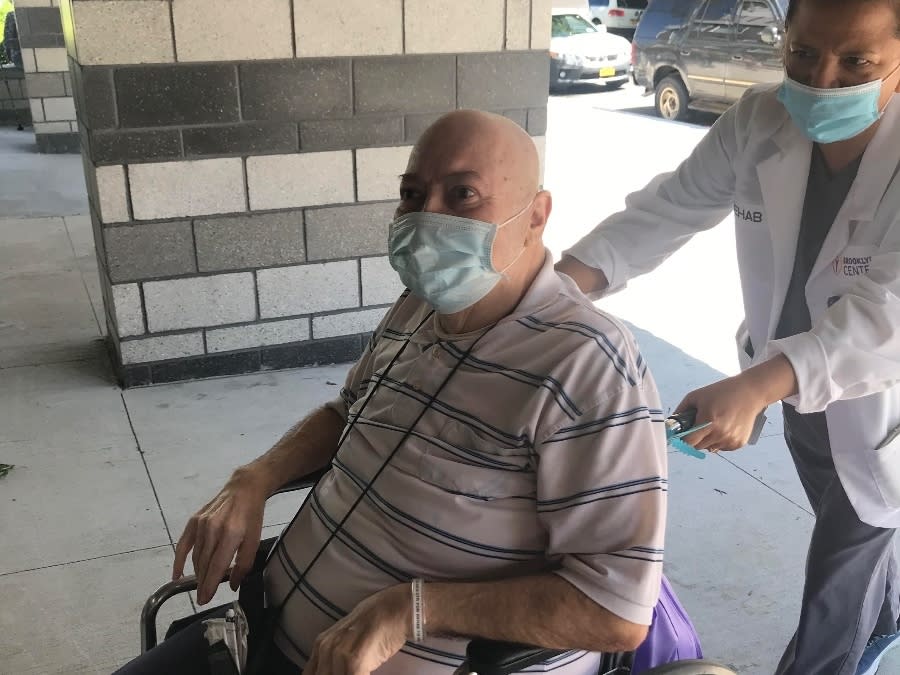 CROWN HEIGHTS, BROOKLYN — A long-vacant hospital in Crown Heights that was transformed into a nursing home late last year has finally welcomed its first tenants after a months-long delay during the coronavirus crisis.

The 280,000-square-foot nursing home on Buffalo Avenue, known as the Brooklyn Center, had offered up its space in March for COVID-19 patients as part of a state-led initiative to find overflow sites as the New York’s hospitals filled up at the height of the pandemic.

But Tuesday, as the city rebounds from the coronavirus crisis, it was able to return to its original plan of being a home for 281 nursing home residents.

“To enjoy all of the offerings, as well as the spacious and luxury of the new Brooklyn Center is something that our residents and their families have been waiting for a long time,” said Elie Schiff, administrator at the facility. “At the same time, we have been taking every precaution necessary to make sure that our residents and staff are safe and healthy in this pandemic.”

The new nursing home brings a facility once in Midwood to the 170 Buffalo Ave. building, more than doubling the space for its nearly 300 residents.

It replaces St. Mary’s Hospital, which shuttered in 2005 after filing for bankruptcy.

A spokesperson for the Brooklyn Center said that the facility wasn’t used much under the overflow-hospital program.

It was among several spots in New York City set aside as emergency sites to help during the coronavirus pandemic — including at the Queens racetrack, Brooklyn Cruise Terminal, the Javits Center in Manhattan and a tent in Central Park — all of which have returned to normal use as the city rebounds from the pandemic.

Centers Health Care, which runs the Brooklyn Center, first bought the hospital building in 2014 for $19.5 million, according to Brownstoner. The group was approved to turn the hospital into a nursing home in 2016.

This article originally appeared on the Prospect Heights-Crown Heights Patch