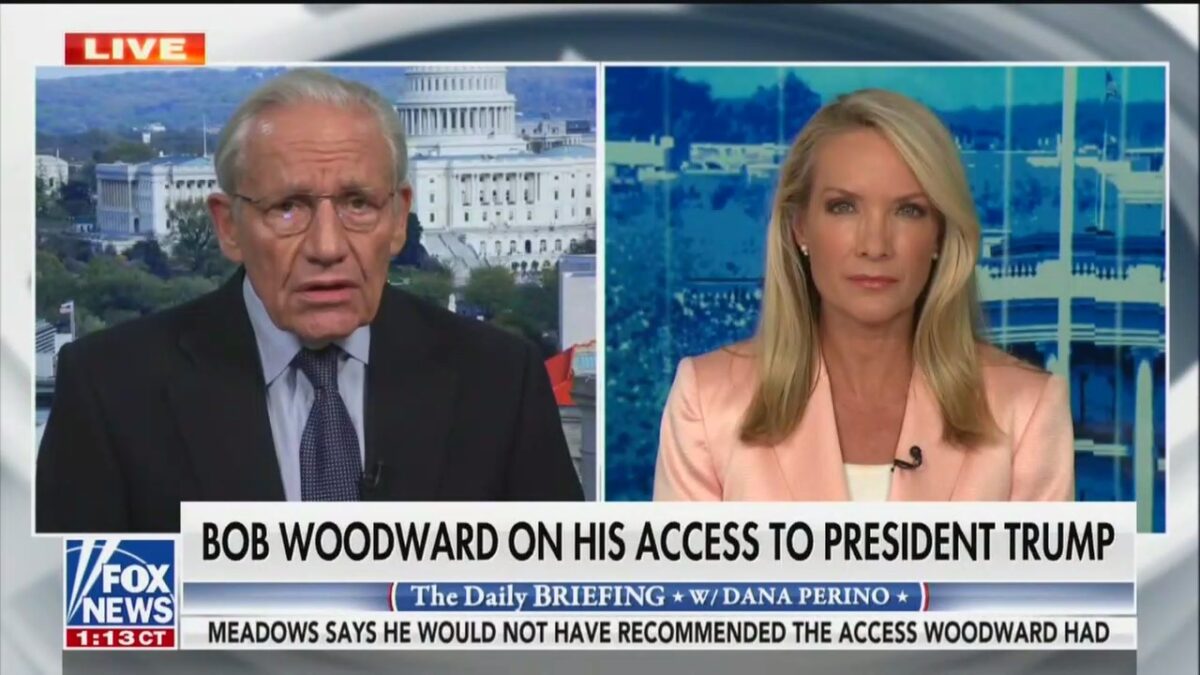 It wasn’t quite the proverbial unstoppable force versus the immovable object, but Bob Woodward’s first appearance on Fox News since publishing the new White House tell-all Rage was a clash of some inside-the-beltway titans as Dana Perino tried to score points in a 15 round battle that had no clear winner.

The former White House press secretary under President George W. Bush seemed to try to frame Woodward purely as someone fiercely anti-Trump, to which the famed journalists paid zero heed and instead stayed on message and showing his vast experience of television hits designed to promote his latest book.

An early version of the headline for this post was “Dana Perino Repeatedly Cuts Off Bob Woodward While He’s Bashing Trump in Tense Fox News Interview.” Still, it was Woodward’s seeming astonishment that Perino took issue with Woodward’s conclusion that Trump is not up for the job as president. “Have you been able to read the book, Dana,” Woodward said to Perino, surprised that she would seemingly defend President Trump.

“Look, it’s a nightmare, working for Trump,” Woodward pushed back at Perino, reminder her that she has publicly said, “you would not have been his press secretary because he blindsided people because he surprised people.”

Perino made clear, “I was never asked to be his press secretary, but it’s true, I think the job is harder when he weighs in.” She then hedged by adding, “he is his own best spokesperson, as I think that he showed when he agreed to do all of these on the record interviews with you.” Perino’s repeated efforts to get her guest to compare Trump to Biden failed, as Woodward kept his focus on the subject he’d spent the past nine months on.

Perino admitted that it was a “frustrating” interview in a segment with Ari Fleischer and Donna Brazile that followed the interview, adding that it was hard for her to “get a word in edgewise.”

Watch above via Fox News.

Have a tip we should know? [email protected]