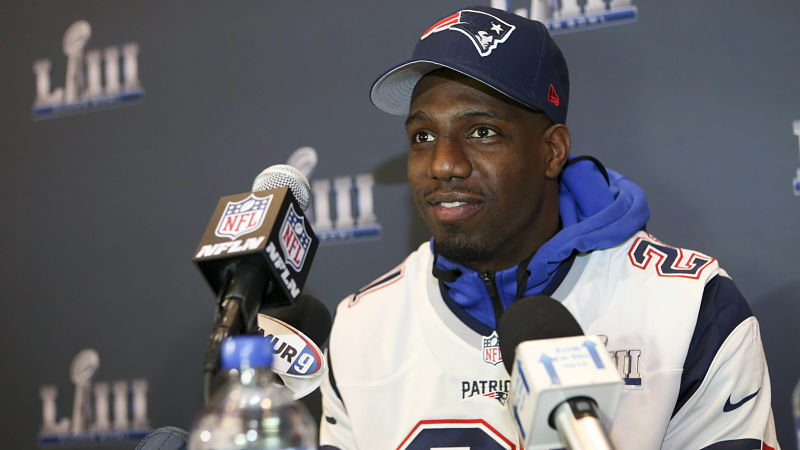 Surprised by the New England Patriots’ decision to trade Duron Harmon to the Detroit Lions? So was Harmon.

During an interview Friday with Lions team reporter Tori Petry, the now-former Patriots safety explained how he learned about the trade. It all went down during one extremely eventful dentist appointment.

“This is going to be a funny story,” Harmon said. “So on Wednesday morning, I had to go to the dentist. I had to get a small procedure done, and while I’m there, the dentist was like, ‘You know what, your wisdom tooth up to the top has a little crack in it. We might as well just take it out while we’re doing the procedure on here.’ He was like, ‘It won’t be that bad, I promise you. You’ll have a couple days of pain and you’ll be all right.’

“So he starts wiggling the tooth, and my phone is vibrating. For whatever reason — I don’t really look at my phone when I’m at the dentist — but I pull it out, and I see it was Coach (Bill) Belichick. And I was like, ‘All right, I’m going to call him back when this guy finishes taking out my tooth.’ So literally 10 minutes go by, he calls me again, and right after he calls me, I see a message. He’s like, ‘Call me back.’

“So I finish getting my tooth out, jaw as puffy as ever, I call him back. We’re on the phone; we’re talking a little bit, small talk, and he lets me know, right after I get my tooth taken out, ‘You’ve been traded to the Lions.’ And I just was like, ‘All right.’ (It was) a lot to process, because I’m still trying to figure out — I’ve got to go to CVS, I’ve got to get my medication that I need. Telling my wife — I’m calling her and letting her know I had to get my tooth taken out, and now I’ve got to call her back and let her know we got traded.

“So, like I said, it was a lot of emotions. But at end, it was the best thing for both situations — for myself coming (to Detroit) and being able to join such a great organization, help try to lead the best way that I know how, and the Patriots get some room on their salary cap.”

Finally got some video content for you guys! Getting to know new Lions safety @dharm32, social distancing style ?

We chat on Skype about the funny story behind him finding out he was traded, why he’s excited to reunite with Matt Patricia + DB coach Steve Gregory & more ⬇️ pic.twitter.com/EvXhXS9fJ7