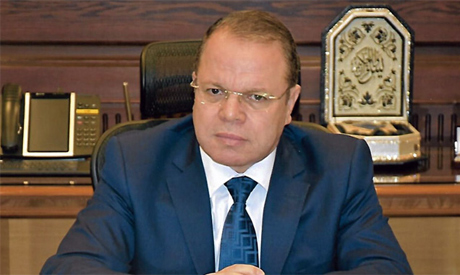 Egypt’s prosecutor-general ordered an investigation into accusations of sexual harassment by a dentist against three men, a statement by the prosecution read on Tuesday.


Investigations were opened hours after the prosecution received on Tuesday an online petition filed by a lawyer of three males about a doctor who had previously “sexually harassed them and incited them to commit debauchery with him,” the statement added.


The decision comes amid a wave of testimonies made recently on social media accusing a well-known dentist of harassing patients while receiving dental care at his clinic.


TV commercial director Tameem Younis and actor Abbas Abul-Hassan are among the plaintiffs, according to public posts on their social media accounts.


Younis said in a live Instagram video last week that he was sexually harassed when he was 22 years old by the dentist while receiving dental care at his clinic.


The online petition comes amid a MeToo wave which encouraged several sexual abuse victims to come forward and report to the authorities the sexual misconduct incidents they experienced.


Other sexual violence-related incidents have been under investigation in the past months, the most recent of which is the Fairmont Nile City Hotel gang-rape incident and the case of alleged serial rapist Ahmed Bassam Zaki.


The “Fairmont incident”, which allegedly took place in August 2014, gained widespread attention on social media in July after an anonymous Instagram account accused a group of young men of being involved in a gang rape following a dance party at the luxurious hotel. Several people have been arrested in connection with the rape case, including three defendants who escaped to Lebanon when the case was brought to light.


Zaki was referred to a criminal court on Tuesday on charges of sexual assault of minors, blackmail, and sexual harassment.