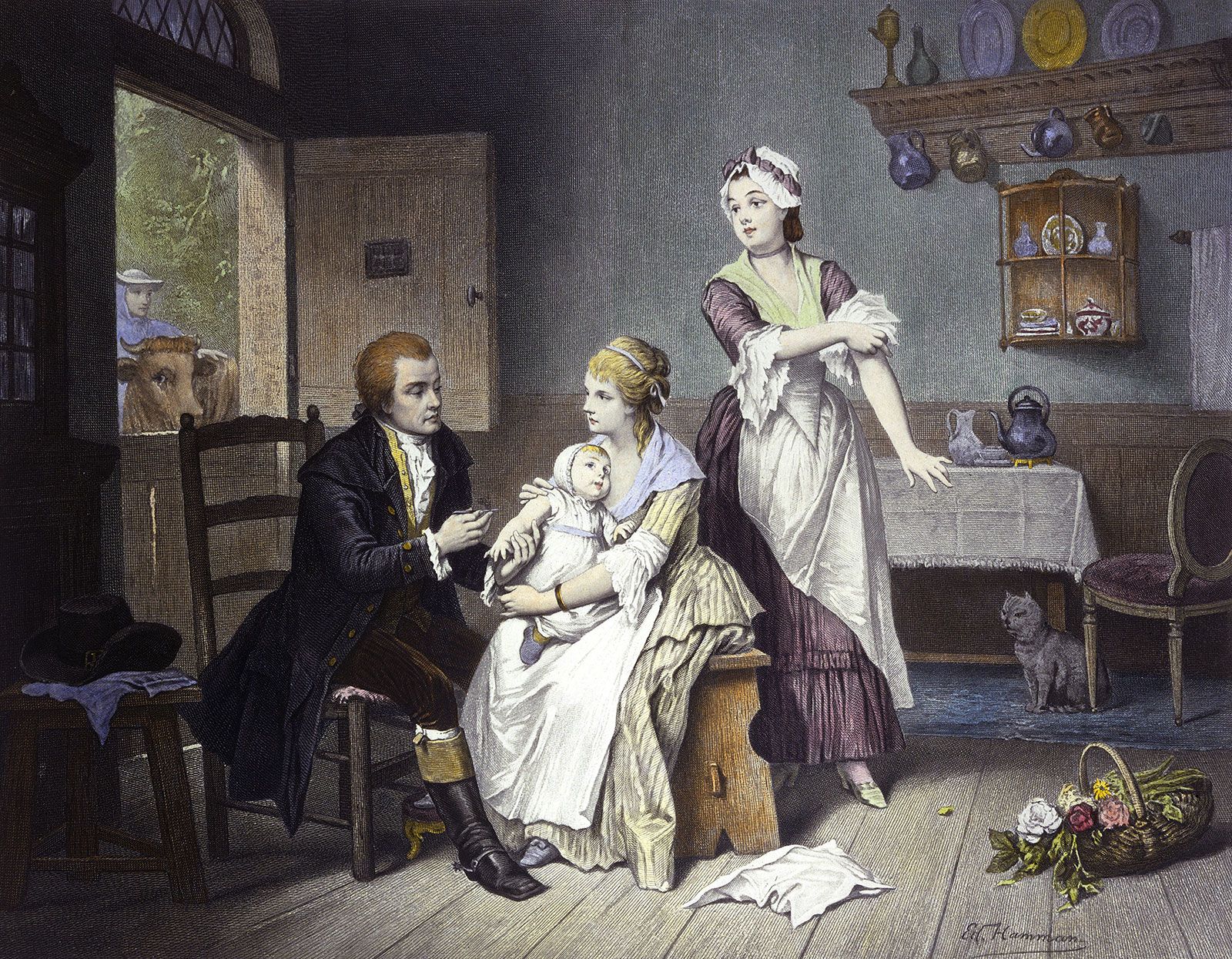 Unwritten history is not easy to interpret, and, although much may be learned from a study of the drawings, bony remains, and surgical tools of early humans, it is difficult to reconstruct their mental attitude toward the problems of disease and death. It seems probable that, as soon as they reached the stage of reasoning, they discovered by the process of trial and error which plants might be used as foods, which of them were poisonous, and which of them had some medicinal value. Folk medicine or domestic medicine, consisting largely in the use of vegetable products, or herbs, originated in this fashion and still persists.

But that is not the whole story. Humans did not at first regard death and disease as natural phenomena. Common maladies, such as colds or constipation, were accepted as part of existence and dealt with by means of such herbal remedies as were available. Serious and disabling diseases, however, were placed in a very different category. These were of supernatural origin. They might be the result of a spell cast upon the victim by some enemy, visitation by a malevolent demon, or the work of an offended god who had either projected some object—a dart, a stone, a worm—into the body of the victim or had abstracted something, usually the soul of the patient. The treatment then applied was to lure the errant soul back to its proper habitat within the body or to extract the evil intruder, be it dart or demon, by counterspells, incantations, potions, suction, or other means.

One curious method of providing the disease with means of escape from the body was by making a hole, 2.5 to 5 cm across, in the skull of the victim—the practice of trepanning, or trephining. Trepanned skulls of prehistoric date have been found in Britain, France, and other parts of Europe and in Peru. Many of them show evidence of healing and, presumably, of the patient’s survival. The practice still exists among some tribal people in parts of Algeria, in Melanesia, and perhaps elsewhere, though it is fast becoming extinct.

Magic and religion played a large part in the medicine of prehistoric or early human society. Administration of a vegetable drug or remedy by mouth was accompanied by incantations, dancing, grimaces, and all the tricks of the magician. Therefore, the first doctors, or “medicine men,” were witch doctors or sorcerers. The use of charms and talismans, still prevalent in modern times, is of ancient origin.

Apart from the treatment of wounds and broken bones, the folklore of medicine is probably the most ancient aspect of the art of healing, for primitive physicians showed their wisdom by treating the whole person, soul as well as body. Treatments and medicines that produced no physical effects on the body could nevertheless make a patient feel better when both healer and patient believed in their efficacy. This so-called placebo effect is applicable even in modern clinical medicine.

The ancient Middle East and Egypt

The establishment of the calendar and the invention of writing marked the dawn of recorded history. The clues to early knowledge are few, consisting only of clay tablets bearing cuneiform signs and seals that were used by physicians of ancient Mesopotamia. In the Louvre Museum in France, a stone pillar is preserved on which is inscribed the Code of Hammurabi, who was a Babylonian king of the 18th century bce. This code includes laws relating to the practice of medicine, and the penalties for failure were severe. For example, “If the doctor, in opening an abscess, shall kill the patient, his hands shall be cut off”; if, however, the patient was a slave, the doctor was simply obliged to supply another slave.

Greek historian Herodotus stated that every Babylonian was an amateur physician, since it was the custom to lay the sick in the street so that anyone passing by might offer advice. Divination, from the inspection of the liver of a sacrificed animal, was widely practiced to foretell the course of a disease. Little else is known regarding Babylonian medicine, and the name of not a single physician has survived.

When the medicine of ancient Egypt is examined, the picture becomes clearer. The first physician to emerge is Imhotep, chief minister to King Djoser in the 3rd millennium bce, who designed one of the earliest pyramids, the Step Pyramid at Ṣaqqārah, and who was later regarded as the Egyptian god of medicine and identified with the Greek god Asclepius. Surer knowledge comes from the study of Egyptian papyri, especially the Ebers papyrus and Edwin Smith papyrus discovered in the 19th century. The former is a list of remedies, with appropriate spells or incantations, while the latter is a surgical treatise on the treatment of wounds and other injuries.

Contrary to what might be expected, the widespread practice of embalming the dead body did not stimulate study of human anatomy. The preservation of mummies has, however, revealed some of the diseases suffered at that time, including arthritis, tuberculosis of the bone, gout, tooth decay, bladder stones, and gallstones; there is evidence too of the parasitic disease schistosomiasis, which remains a scourge still. There seems to have been no syphilis or rickets.

The search for information on ancient medicine leads naturally from the papyri of Egypt to Hebrew literature. Though the Bible contains little on the medical practices of ancient Israel, it is a mine of information on social and personal hygiene. The Jews were indeed pioneers in matters of public health.