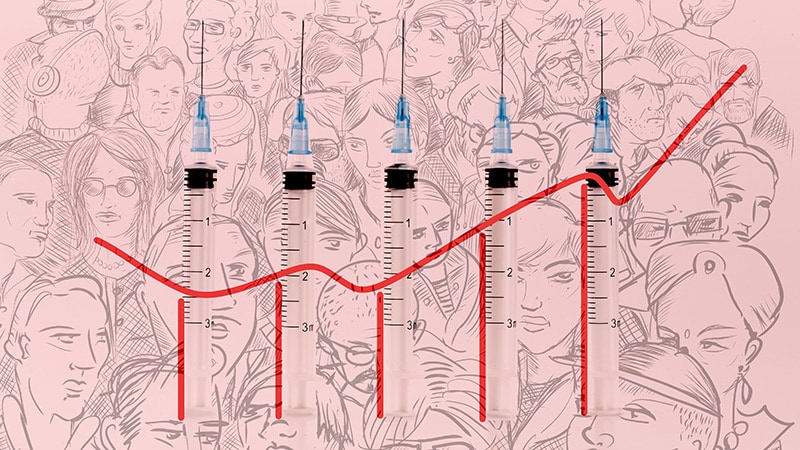 The patients at Dr. Eric Daar’s hospital are at high risk for serious illness from COVID-19, and he’s determined to make sure they’re part of the effort to fight the disease.

He also hopes they can protect themselves in the process.

When Daar and his colleagues at Harbor-UCLA Medical Center on Wednesday announce that they will soon begin enrollment for a trial to test a COVID-19 vaccine produced by AstraZeneca, they will also unveil the hospital’s community-based recruitment strategy.

Harbor-UCLA wants to recruit most, if not all, of the trial’s 500 participants from among the high-risk patients it already treats: people over 65, those with chronic illnesses and members of underserved racial and ethnic groups. Hospital officials also expect that the recruitment task will not be easy.

“It’s a priority and obligation to make sure our community is well represented in these trials,” said Daar, chief of HIV medicine at Harbor-UCLA and a researcher at the UCLA-affiliated Lundquist Institute, who dropped his other research projects last spring to focus on a COVID-19 vaccine.

The safety-net hospital in Torrance, California, serves patients in the South Bay area of Los Angeles County who are predominantly Black, Latino and Pacific Islander. Many live in crowded homes and do “essential” work that requires them to expose themselves to the virus to make a living: They’re orderlies and cooks and house cleaners, day laborers and bus drivers and sanitation workers.

The area has high rates of heart disease and stroke.

“If you don’t have a community represented in the trial, it’s hard to extrapolate your results to the community,” said Dr. Katya Corado, one of Daar’s colleagues. “We want to find something to protect our patients and loved ones.”

Latinos and Blacks in the United States are nearly three times more likely than non-Hispanic whites to be diagnosed with COVID-19 and nearly five times more likely to be hospitalized with the disease. In Los Angeles County, Latinos in particular have been disproportionately stricken by the virus.

Eight of 10 COVID-19 deaths nationwide occur among people 65 and older, according to the Centers for Disease Control and Prevention.

Historically, Blacks and Latinos have been less likely to be included in clinical trials for disease treatment, despite federal guidelines that urge minority and elder participation.

The National Institutes of Health and the Food and Drug Administration have urged infectious disease researchers to focus on these vulnerable populations in the large phase 3 trials that will test how well vaccines prevent COVID-19.

Harbor-UCLA, a public teaching hospital owned and operated by Los Angeles County, is one of roughly 100 sites nationwide testing the AstraZeneca vaccine candidate, which was developed in collaboration with Oxford University in Britain. Phase 3 trials of about the same size for vaccine candidates produced by Moderna and Pfizer are already underway. Each of the three companies seeks to recruit 30,000 people, 20,000 of whom will get the vaccine and 10,000 a placebo, or harmless saline solution, to test whether the vaccine prevents coronavirus disease.

Recruitment at Harbor-UCLA will include patients with well-controlled chronic diseases such as diabetes and hypertension, and people with HIV who’ve kept the virus under control with medication, Daar said.

According to the AstraZeneca trial protocol, patients will get up to $100 for each of 15 to 20 visits during the two-year trial. The Harbor-UCLA team will also offer car services to bring people to the hospital through L.A. traffic.

To reach its targeted recruits, the hospital will distribute leaflets to clinics and community organizations and create targeted social media campaigns, in addition to taking any free publicity it can get, Daar said.

Recruitment of high-risk patients in other COVID-19 trials so far has been mixed. Moderna, which began the first phase 3 trial of the experimental vaccines on July 27, announced Friday that 18% of its 13,000-plus enrollees so far were Black, Latino or Native American — a high percentage as clinical trials go, but only about one-third of the goal set by NIH officials.

Other AstraZeneca trial sites have also publicized their efforts to reach those most at risk from the virus. The University of Southern California’s Keck School of Medicine placed one of its AstraZeneca recruitment sites in Vernon, south of downtown Los Angeles in an area with many factories and meatpacking plants, which have experienced high COVID-19 infection rates.

Clinicians suspect that the higher rates of disease and hospitalization in minority groups are due both to health conditions — such as undertreated diabetes and heart disease — and to higher exposure to the virus in workplaces and crowded housing. Environmental factors like polluted neighborhoods may also have an impact.

While there’s little evidence that vaccines affect Blacks or Latinos differently than white people, the subject hasn’t really been studied, said Dr. Akilah Jefferson Shah, an allergist/immunologist and bioethicist at the University of Arkansas for Medical Sciences. That’s another reason for making sure these groups are well represented in trials, she said.

“We know now there are subgroup responses to drugs by sex, but no one figured it out until they started including women in these studies,” Jefferson Shah said. “Race is not genetic. It’s a social construct. But there are genetic variants more prevalent in certain populations. We won’t know until we look.”

Perhaps most important, diversity in the research will be needed to build trust and uptake of the vaccine, Corado said. In a May poll from the Associated Press-NORC Center for Public Affairs Research, just 25% of Blacks and 37% of Hispanics said they would definitely seek vaccination against the coronavirus, compared with 56% of whites.

In July, the UCLA vaccine team began holding weekly Zoom meetings with about 25 activists and clergy members to learn what their communities were saying about the vaccine and get tips on how to design educational materials for the trial.

What they’ve heard suggests they’ll have an uphill recruitment battle.

One member of the community council, HIV activist Dontá Morrison, noted that people frequently say on social media that the vaccine is designed to give them COVID-19 as part of a plot to get rid of Black voters. (None of the vaccines contains infectious COVID virus.)

“It may seem far-fetched, but those are the conversations because we have an administration that has not shown itself to be trustworthy,” Morrison said.

He noted that the first challenge UCLA researchers face is to convince community leaders, particularly clergy members, of the vaccine’s safety. Church leaders worry they’ll be blamed for supporting the trial if the vaccine ends up making their congregants sick, he said.

If done right, the trial could build trust in medical science while helping minorities help themselves — and the rest of us — find a way out of the current mess, Morrison said.

Dr. Raphael Landovitz, an infectious disease specialist at the Ronald Reagan UCLA Medical Center in Westwood, which is also participating in the trial, agreed.

“We’re hoping that people understand this is a chance — if we succeed — to take back some power and control in this situation that has made so many of us feel so powerless,” he said.