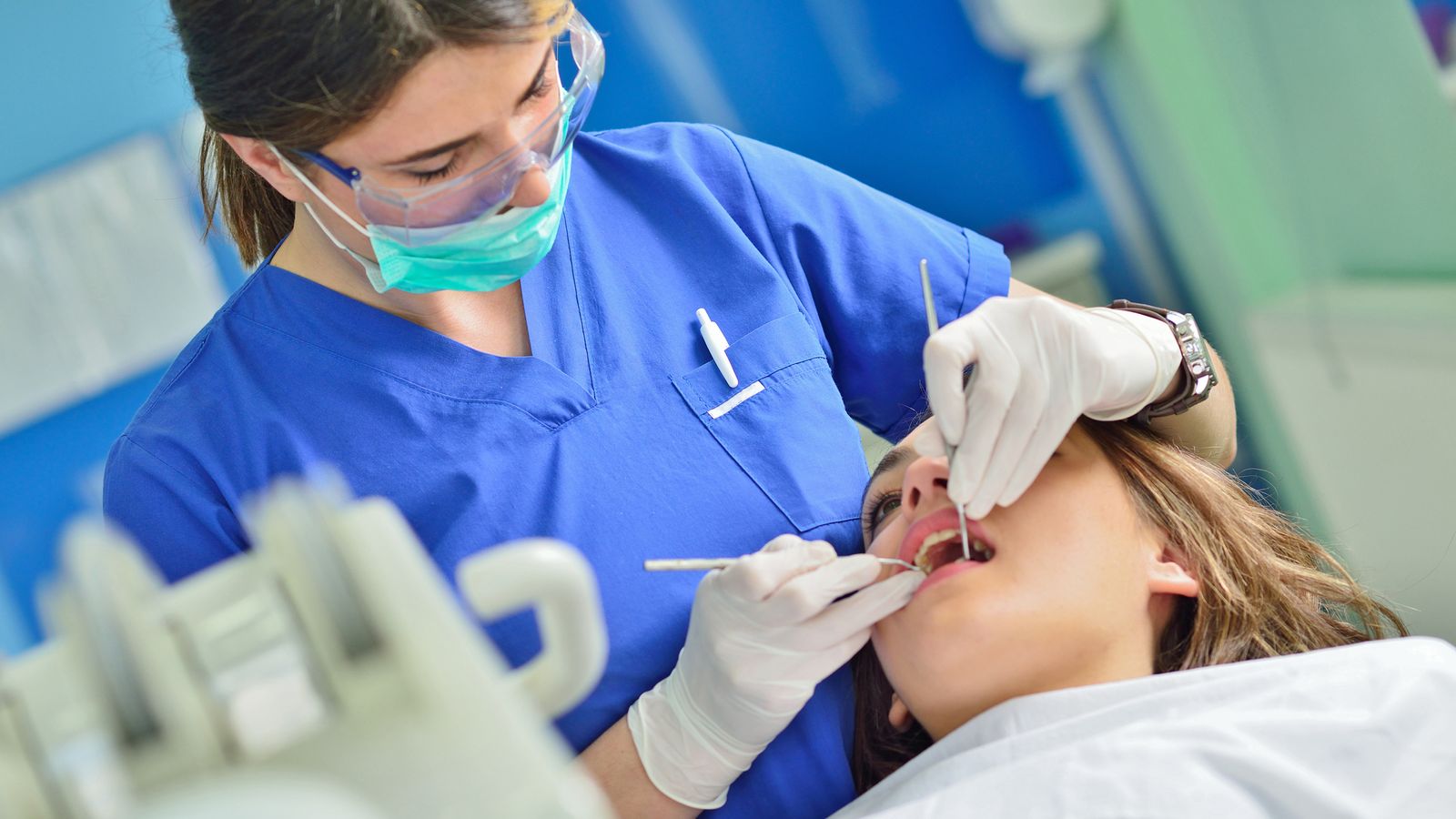 Less than half of adults in England were seen by an NHS dentist over the last two years, according to new data.

Figures from NHS Digital have shown that within a 24-month period, up to the end of February, only 49.7% of adults received any dental treatment.

Within the same time period, only 59% – less than two-thirds – of children were seen by a dentist.

The coronavirus pandemic led to the practices closing in March, which resulted in a fall in numbers visiting dentists, however overall attendance was said to have been “in a bad place” even before lockdown.

The British Dental Association (BDA) said access was “in a bad place pre-pandemic”, and has “fallen off a cliff” as a result of the COVID-19 crisis.

Dental practices closed on 25 March, which saw all routine and non-urgent dental care deferred. They established remote urgent care services until being allowed to reopen in June.

A survey by the BDA found that less than 1% of people, out of 2,672 respondents, said their practice was operating at the same capacity it was at before the pandemic.

A further 15% said their practice was operating at either a quarter or half of normal capacity.

Chair of the BDA’s general dental practice committee, Dave Cottam, said “this data is from another era”.

He said: “Access was in a bad place pre-pandemic. We should lament how few children and adults made it to an NHS dentist last year, but the real question now is how we can even bring the service back to these levels.”

He added: “We have practices struggling, and tens of millions of patients need somewhere to go. We need government to work with us to rebuild capacity.”