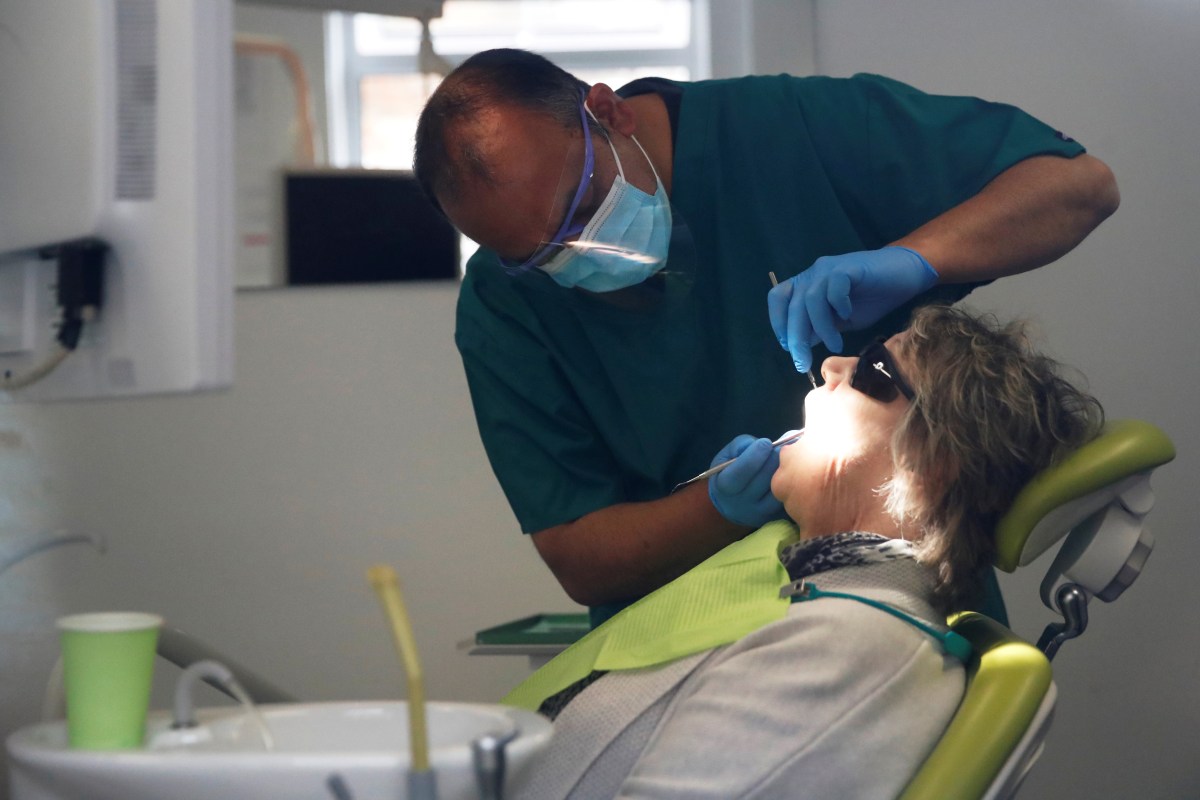 MILLIONS of Brits face an agonising wait to see the dentist after an estimated 10million appointments were delayed due to the coronavirus pandemic.

The British Dental Association (BDA) has warned it could take months to clear the backlog with campaigners claiming the coronavirus crisis has been disastrous for children’s oral health.

Many surgeries reopened last month after being shut during lockdown but strict rules mean they can only deal with just a few patients a day.

The BDA estimates more than 10million check-ups and treatments, such as fillings, were put on hold during the time surgeries were forced to close due to Covid-19.

Those patients who have been able to get an appointment now face charges of up to £40 for PPE on top of any cost for treatment.

The lack of routine appointments could see diseases like mouth cancer going undetected.

Experts have warned the disruption could last months or even years, if a second wave of the virus hits, the Daily Mail reports.

The BDA, which represents 22,000 dentists across the UK, claimed thousands of clinics were struggling to stay afloat, with closures potentially leaving millions without a dentist.

Most dentists have not been eligible for getting government support which has meant their livelihoods have been on the line.

He said: “It’s a struggle dealing with the backlog, let alone new cases. Ministers must ensure this does not become the new normal.

“We have thousands of practices struggling to stay afloat – if they go under their patients have nowhere to go.”

The BDA say 10million treatments would have been performed by NHS and private dentists over a three-month period, before the coronavirus outbreak.

But treatment fell by 97 per cent after dentists were forced to shut during lockdown, leaving a small number of “hubs” to treat dental emergencies.

Since reopening, most practices are operating at around a quarter of their usual capacity.

The new rules mean clinics must leave a ‘fallow period’ of 60 minutes following procedures involving sprays, including fillings and crowns, to allow any droplets containing virus particles to settle.

Staff are also having to screen all patients for coronavirus symptoms, put on PPE and disinfect equipment which potentially doubles the amount of time needed for simple treatments.

Boy, 15, is shot on way to school as teen arrested and kids ‘run home in terror’

BLOOD ON THE STREETS

HMRC fears up to £3.5BILLION paid out in wrong or fraudulent furlough schemes

The difficulties have led many surgeries to stop accepting new NHS patients, forcing many to go private or rely on emergency hubs.

Matthew Garrett, of the Royal College of Surgeons of England, said patients should expect delays.

He said: “We are not flicking a switch but entering a phased transition to the resumption of a full service and the pace of reopening remains dependent on a decline in infections.”