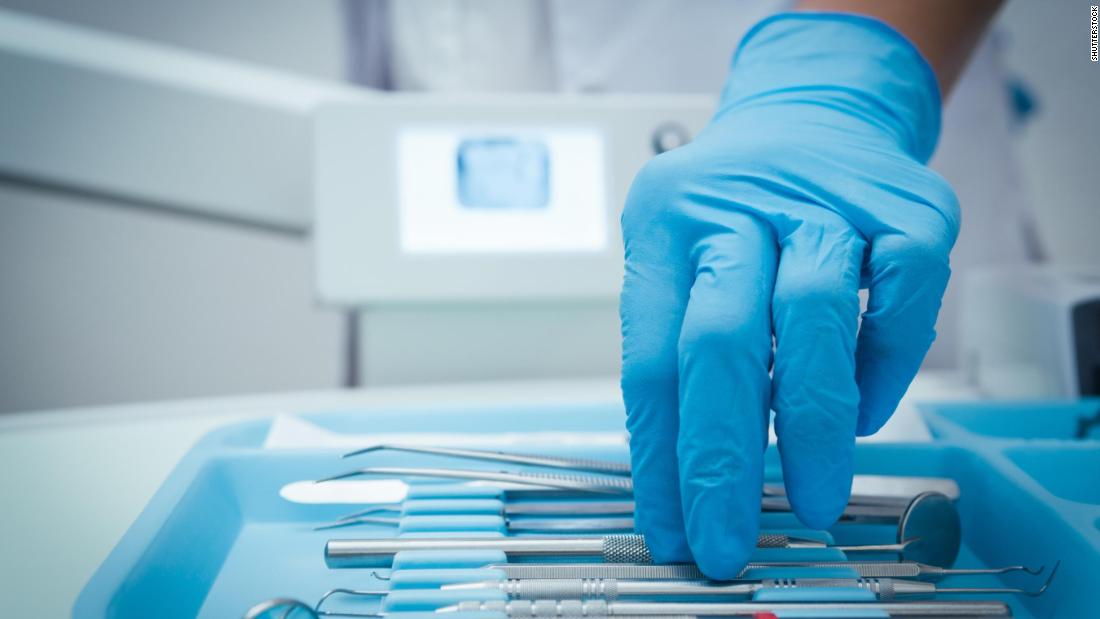 Fifteen individuals who were treated at the dental office of Dr. John Vecchione in Budd Lake between 2012 and 2014 suffered from bacterial endocarditis. Twelve of the patients required heart surgery and one died, according to the release.

The state alleges that Vecchione’s “continued failure to follow infection protocols exposed his patients to the risk of contracting the serious heart infection,” the release states. The failure has continued despite numerous inspections by the Department of Health informing the dentist of deficiencies in his infection control practices, according to the 2016 complaint filed by the NJ Attorney General’s Office.
The dentist agreed to a temporary suspension of his license in 2016 after the unannounced state inspections of his office found breach of infection protocols. The subpar standards Vecchione maintained at his office included failure to use sterile water during surgical procedures, non-sterile preparation of instruments and improper handling and disposal of needles, according to the complaint.
Vecchione agreed to settle the case in a January 22 final consent order. The order retroactively starts the five-year suspension beginning August 2016, followed by a one-year probationary period. This allows Vecchione to begin probation in August 2020, with many attached conditions, namely abiding by the terms of the order and proving he is competent to resume practice.

“This settlement brings closure to a troubling case in which a medical professional allegedly took irresponsible risks with patients’ health by disregarding health and safety standards,” Attorney General Gurbir S. Grewal said in the release. “We are committed to ensuring that medical practitioners do not flout professional standards in place to protect patients’ health and safety.”

The string of bacterial infections was diagnosed as endocarditis of the aortic heart valve after patients suffered symptoms of abdominal pain, nausea and vomiting, leading them to seek hospital care, according to the complaint. Patients who saw Vecchione for tooth extractions and no prior cardiac history ended up having heart surgery. At least four of the patients who were forced to undergo heart operations were under the age of 26, the complaint shows.

A single tooth extraction led a 54-year-old male with no prior cardiac history to his death in 2013, according to the complaint. After complaining of fever, night sweats and weight loss following an oral surgery procedure by Vecchione, the patient was admitted to the hospital where an ultrasound of his heart showed “vegetation” of his valves. He underwent heart valve replacement surgery, but died from a post-operative heart infection. The underlying cause was “complications of enterococcus endocarditis,” according to the complaint.

“Dr. Vecchione spent years denying any responsibility for the infections contracted by patients in his care,” Howard Pine, acting director of the Division of Consumer Affairs said in Monday’s press release.

His failure to comply with the CDC’s Infection Control Practices for Dentistry amounted to gross negligence or malpractice that “endangered the life, health, welfare or safety” of his patients, the complaint said.
According to a 2013 study indexed in the National Institutes of Health, bacterial endocarditis can stem from dental treatment, but the occurrence is rare. There is an estimated 1 to 5 cases per 100,000.

The Department of Consumer Affairs, which oversees the dental licensing board, wouldn’t specify whether the suspension is a standard procedure considering the allegations Vecchione faces. “Each case is fact sensitive, with each resolution based on the law, the undisputed facts, and the proofs of each case,” a DCA spokesperson told CNN.

Vecchione’s attorneys did not immediately respond to CNN’s requests for comment.