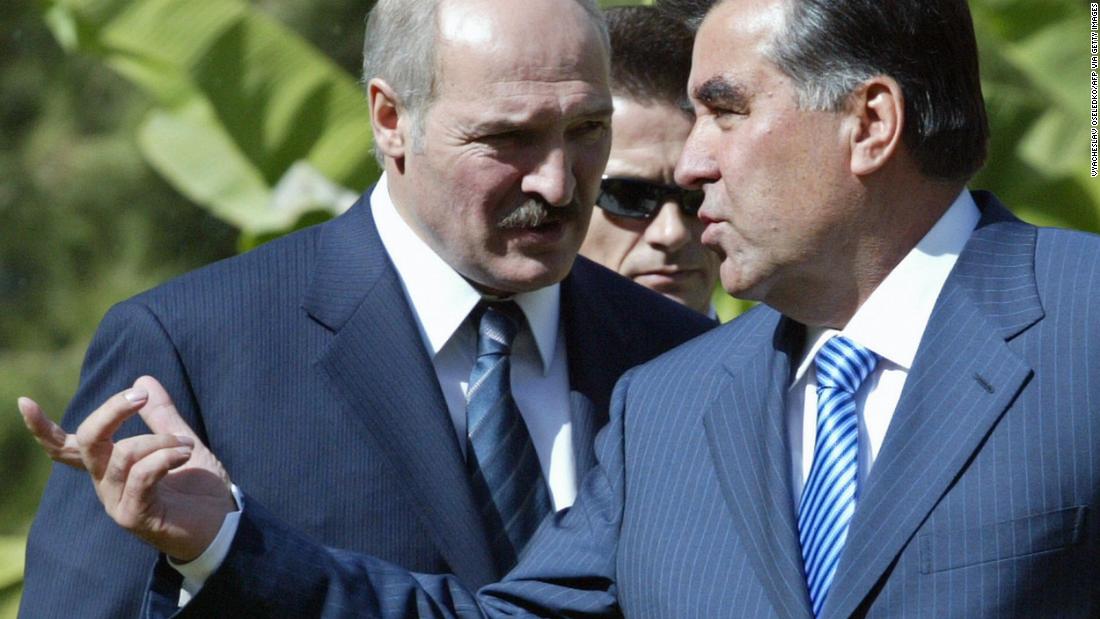 Take, for instance, Belarus, a small country sandwiched between Russia and European Union member Poland: President Alexander Lukashenko has shrugged off concerns about Covid-19, telling his people that hockey, vodka, and banya — a traditional sauna — are the best cures.

Lukashenko, who has ruled the country of 9.5 million people for more than a quarter of a century, has imposed few restrictions to prevent coronavirus from spreading further.

Restaurants, parks and bars remain open. Mass sporting events go on as scheduled and attract hundreds of spectators, in defiance of the World Health Organization’s social distancing recommendations. The Belarussian Premier League is now the only soccer competition on the continent.

And Lukashenko himself hasn’t limited public appearances, opting to play in a hockey match on Saturday.

“It’s better to die standing than to live on your knees,” he said, rinkside in full hockey gear, in an interview with state television. “This is a fridge, this is healthy, there is nothing better than sport, especially ice which is the real anti-viral medicine.”
Belarus has officially reported 94 cases of coronavirus — and no deaths — but Lukashenko’s critics have cast doubt on those statistics, warning that authorities there could be downplaying the numbers as the country gears up for a presidential election later this year.
Lukashenko has made his own recommendations to combat the virus, suggesting that Belarusians should drink vodka to “poison the virus,” or attend a banya.

“I once mentioned that people need to go to banya to fight different viruses, this one included, since Covid-19 doesn’t like high temperatures and dies at +60 C, as the experts informed me,” Lukashenko said, adding that if you don’t have hand sanitizer, drink vodka.

“When you get out of sauna you shouldn’t just wash your hands — down a shot of vodka,” he said. “I don’t drink myself, and I don’t advocate for it, but I’ll be okay with, it’s tolerable at least until Victory Day on May 9.”

There is no clear evidence to indicate that the coronavirus can be controlled by high temperatures, experts say.

Belarus has yet to close its borders — its response so far has been limited to a two-week quarantine order for all those arriving in the country. But all of its neighbors — Russia, Ukraine, Poland, Lithuania and Latvia — have shut theirs.

Work hasn’t stopped either, as Lukashenko is concerned at how the coronavirus response is hurting the global economy. He says he found inspiration in US President Donald Trump’s suggestion that the cure for Covid-19 should not be worse than the virus itself.

“I liked his recent statements very much,” Lukashenko said of Trump, during a visit to a plaster plant last week, according to an official transcript. “He said, ‘If we do not immediately return to enterprises and start working, then much more Americans will die from unemployment than from coronavirus.’ Now you understand why I didn’t close the factories.”

In post-Soviet Central Asia, some local strongmen have also taken the path of coronavirus denial.

In Tajikistan, a remote nation bordering Afghanistan, President Emomali Rahmon has continued a schedule of public appearances and plans to convene parliament in mid-April.

Last week, Rahmon — who is referred to in government news releases as the “Founder of Peace and National Unity and Leader of the Nation” — paid visits to cities taking part in a nationwide beautification project, the Republic Flower Contest, and handed out gifts to orphans.

“This humane initiative of the Head of State caused great joy,” the government news release stated.

Rahmon also went ahead with massive celebrations for Nowruz, the Persian New Year, taking part in festivities at the central stadium in the city of Khujand on March 22. The government news release featured crowds of spectators in national dress watching a colorful, choreographed spectacle and a speech by the leader.

That’s not to say that Tajikistan takes coronavirus completely lightly. Tajikistan has no officially recorded cases of coronavirus, but it closed to international flights on March 19 — cutting off an economic lifeline for a country that is heavily dependent on remittances from migrant labor. And Rahmon most recently conferred with the president of neighboring Kyrgyzstan on measures to contain the virus.

Turkmenistan, another former Soviet republic, has taken a decidedly different approach. The isolated republic is ruled by President Gurbanguly Berdymukhamedov, who has built a formidable personality cult and has promoted folk medicine in his writings, which are mandatory reading for public officials.

A March 13 readout of a cabinet meeting made no mention of the novel coronavirus or Covid-19, but did include a lengthy discourse on the benefits of burning yuzarlik (Peganum harmala), a folk remedy, to prevent infectious diseases.

“The first volume of the head of state’s book, Medicinal Plants of Turkmenistan, describes methods for the preparation and use of harmala concoctions,” the readout states. “Our ancestors kept it in houses in the form of bundles of their branches. At times, people fumigated their home with them. They thus carried out the prevention of infectious diseases.”

As other world leaders grapple with how to handle the coronavirus pandemic — in some cases from within self-isolation — Berdymukhamedov continues to devote time to of his primary passions: Horseback riding. On Sunday, Turkmenistan’s state news agency reported that the president spent the day at the Akhal-Teke equestrian complex, where he went riding and started work on a new book.