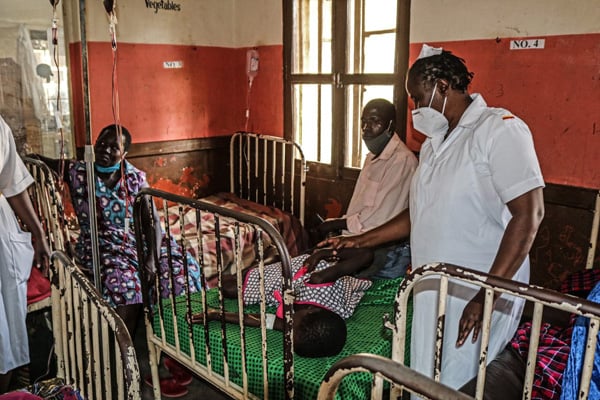 Soroti Regional Referral Hospital has registered more that 3,500 cases of sickle cell disease in a space of one year.
At the paediatric ward of the hospital, most of the anaemic cases have been attributed to the sickle cell disease.
Ms Lilian Atoo, the officer-in-charge of Soroti hospital children’s ward, told Daily Monitor on Tuesday that in 2019, at least 2,500  cases of sickle cell were diagnosed while more than 1,000 cases have already been registered among children this year.
“Out of every 200 children in this paediatric ward, 1.5 per cent are sickle cell cases,” Ms Atoo said.
She said most of the children die before making five years, adding that those who survive succumb to death in their thirties.
Ms Atoo also said they have realised that the burden is much more pronounced in Teso.  She said they have now designated a special clinic within the hospital where sickle cell patients are attended to every Thursday.
The hospital indicates that more than 100 patients come for review and pick folic acid drug, which majority of them have been enrolled on since they cannot afford drugs such as hydroxyurea.
“As a hospital, we cannot afford to stock hydroxyurea drugs. It is on rear occasion or at times, we get donations. So we have sickle cell patients on folic acids, and prednisolone,”  Ms Atoo told Daily Monitor .
She said they are advising the adolescents and those intending to marry to take sickle cell tests, adding that the folic acid treatment enables the patient’s spleen to manufacture red blood cells.
Mr Moses Edulu, a resident of Odudui Parish, Soroti District, who has an 11-year-old sickle cell daughter undergoing treatment at the facility, said most of his time this year has been spent on attending to the girl.
“It is costly, she has even developed heart problems. That is the latest communication from doctors,” he said, adding that the girl does not sleep because of pain.
Soroti hospital serves all the districts in Teso Sub-region.

Symptoms, treatment
Dr Simon Opolot, a specialist in sickle cell disease, said the symptoms are infectious pain across the body joints and fatigue. He said the available treatment involves blood transfusion and rarely born marrow transplant.
“Such children with sickle cell disease cannot have a normal schedule of schooling. All the time they are easily inconvenienced by sickness,” Dr Opolot said.