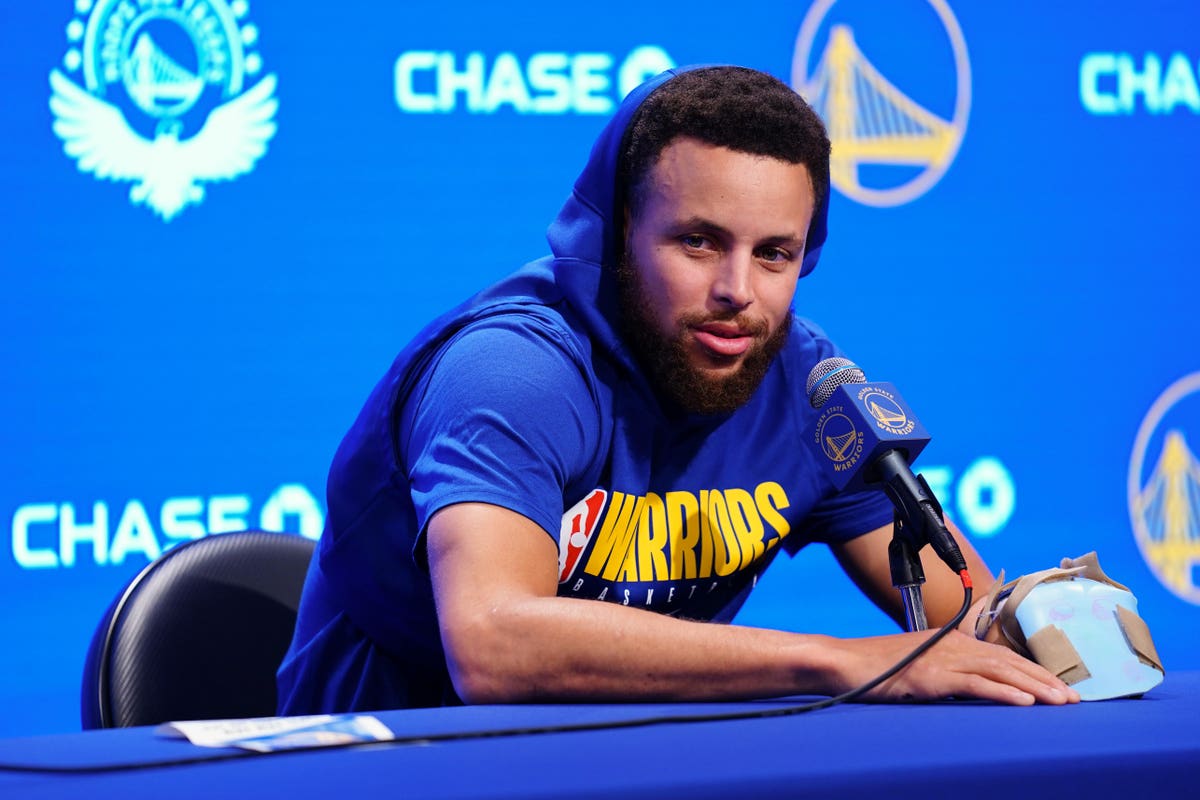 As the surge in demand for home fitness equipment has exploded during the pandemic, investor interest has been growing in the sector. This has led to a flurry of M&A activity most notably Lululemon’s recent $500 million acquisition of Mirror. Peloton, which now has more than 2.6 million members, reported its first quarterly profit this month with a 172% jump in sales. Apple entered the fray this week with Fitness Plus, a subscription service that offers exercise classes integrated with Watch Series 6 SpO2 monitoring and Kate Hudson’s Fabletics, the athleisure unicorn, hinted at “doing something in fitness” at TechCrunch Disrupt yesterday during an interview with CEO Adam Goldenberg and partner Kevin Hart.

I had a chance to talk with Tonal founder and CEO Aly Orady about their latest round, how he landed the NBA champ, potential acquisition candidates and their AI roadmap.

Your star-studded cast of investors is impressive. As more celebrities get involved in tech investing, there’s great interest in how startups are getting funded. I interviewed Steph Curry last year about his first AI investment. Curious to hear how you landed him as an investor? Were you introduced by Klay Thompson?

Steph actually used Tonal before Klay invested so I always wondered if Klay heard about us from Steph, haha. About a year and a half ago, Steph came to our website on his own and paid full price under a pseudonym. Eventually we realized it was him. He was using Tonal for his strength training needs during Shelter In Place and at some point called us up to say he was a huge fan and wanted to invest in the company. We now have 20 athletes who have invested and almost all of them invested after using the product. It’s mostly been word of mouth.

How did you land Serena Williams as an investor? You were founded in San Francisco in 2015, did you meet her through her husband Alexis Ohanian of Initialized Capital? Were you Y Combinator?

Yes, it was through Alexis. He introduced her to Tonal but we were not YC. She invested through Serena Ventures. They’ve been in since the very early days.

Have do you scale word of mouth?

We deployed Tonals to about half the teams in the Orlando bubble and have partnered with the players associations for the NBA, NFL and MLB. We also created a VIP program for professional athletes and their sports agents to expedite shipping for players who lost access to their training centers and urgently need the equipment.

Are you doing influencer marketing with your 20 pro athlete investors?

When you get an investment from an athlete passionate about the product, it often turns into a collaboration so we’re working through a series of deals on everything from actual partnerships to brand ambassador relationships.

As for marketing, we’re a direct-to-consumer brand and so we’re using a very traditional DTC marketing mix of Facebook, Instagram, television and even retail locations which are still very effective. We’re actually opening up a new location at the Stanford Shopping Center in Silicon Valley some time in the next four weeks where people can make an appointment to experience a Tonal in person.

Are you considering partnering with an athleisure company?

Right now it’s a pretty busy time as we’re gearing up for a sizable holiday season but there are half a dozen to a dozen conversations in progress across a variety of industries of which we expect to be doing a handful of strategic partnerships in the next six months.

How many users do you have?

We spent three and a half years in development and launched nationwide March 2019. Today have tens of thousands of members using Tonal.

You’ve raised $110 million on tens of thousands of users.

Yes, we raised $110 million of new capital broken up into two different vehicles that came within a few weeks of each other. An $85 million Series D and $25 million in venture debt. We had participation from all investors led by L Catterton.

The lifetime value on our members is extremely high which drives a high valuation. Memberships cost $49/month and the equipment costs $3000, or $149/month bundle for 36 months for both the subscription and machine, similar to the Peloton model. At the time Peloton went public they had sold only half a million bikes and IPOd at a $10 billion valuation. We’re well over $100 million run rate on just tens of thousands of customers.

What is your valuation?

We have given people guidance that the valuation is currently north of $500 million.

Not yet a unicorn?

Yes, that is accurate.

Who sits on your board?

We have five board members Jon Owsley of L Catterton, Rob Coneybeer of Shasta Ventures, Tim Chang of Mayfield Fund, Doug Higgins of Sapphire, Rick Hess of Cobalt/Evolution Media. Dave Shaller of Delta-v Capital is a very active board observer. We also have two independent directors, Woody Scal and me.

Tell me your founders story. How did you get the idea for Tonal?

I spend 15 years in Silicon Valley doing technology and was really unhealthy. By the time I was 35 years old, I had Type 2 diabetes and sleep apnea. My health was a disaster so I quit my job and focused on getting healthy. Lost 70 pounds in a nine month period and got very passionate about strength training. One day I was sitting in the gym at 5am staring at this giant machine thinking I wish I could get this into my home. That was my aha moment. I thought if I could get this thing to run on electricity instead of gravity and big metal plates, I can shrink it down and make it intelligent. The funding that we’ve raised is to drive greater innovation around AI and personalization.

How does AI in Tonal work?

Our Los Angeles and San Francisco studios produce Coach content daily that gets edited by our AI engine and personalized to each member real time as they work out. Every single workout is composed of hundreds of audio and video clips stitched together just for that user.

With our sensor fusion algorithms, Tonal automatically decides how much weight to lift and adjusts the pacing of the workouts to meet the user’s needs. If they’re in the middle of a bicep curl and struggling, Tonal will spot them. As this video demonstrates, Tonal’s compact cable system with handle, rope and bar attachments can generate up to 200 pounds of force which is being controlled by a computer which can dial the weight down to five pounds if needed.

If they’re sitting incorrectly, does Coach tell them to pull their shoulders down and back?

Yes, throughout the workout, in some cases they’ll hear a voice, other times they’ll see something on the screen. The first day the feature went live we issued tens of thousands of form corrections.

You must be collecting a lot of data.

Tonal is used on average 40 minutes at a time about every other day with data being aggregated from over a dozen different sensors. We believe we’re amassing the largest strength training physiology data sets in history. All of this data is what feeds our AI engine so that we can make better decisions on behalf of our users to get them the outcomes they want.

What’s next on the roadmap?

We’re in development of advanced computer vision technology that will help us see our members with greater fidelity. We have a prototype that hasn’t yet shipped. We’re also expanding yoga, pilates and HIIT content.

With the Alexa Fund investment, what are your plans to integrate Amazon’s natural language processing into Tonal?

While we haven’t yet made any announcements about the partnership with the Alexa product team, generally speaking when the Alexa Fund makes an investment, it’s a given that’s there’s a partnership in the work. Our goals is to be a very prominent device in the home and become a fitness portal for the entire family so you can imagine all of the ways Alexa voice services will enhance the device.

What are your thoughts on Apple’s Fitness Plus announcement?

We’re huge fans of the Apple Watch and released integration with it a couple of months ago. We don’t see Fitness Plus as a competitor because it’s a very different product at a very different price point, Apple is charging $80 a year and we charge $49 a month. We see Fitness Plus as complimentary, it fits in your pocket and you can do it anywhere. We feel Tonal is the most advanced piece of fitness equipment ever created. Professional athletes use it and you just can’t replicate it with body weight and dumbbells. We welcome Fitness Plus to the marketplace because when a company the size of Apple creates an offering like that, it’s further validation that home fitness is here to stay.

Are you seeing any falloff in demand now that gyms are reopening?

Last week was the best sales week in the history of the company. We have an eight to 10 week backlog when normal delivery periods are two to four weeks. Not only have we not seen a falloff, we have seen an acceleration with demand increasing week over week. Gyms have opened with limited capacity and people have built new fitness habits. Just like they’ve learned to cook at home and are not rushing back to restaurants, they’ve also learned to work out at home and are not rushing back to gyms which were never convenient in the first place.

What does the world of fitness look like in 2025?

It’s going to be intelligent, AI driven and personalized. Not just for a small segment but it will be core to the entire spectrum of fitness experiences.

This conversation was edited and condensed for clarity.