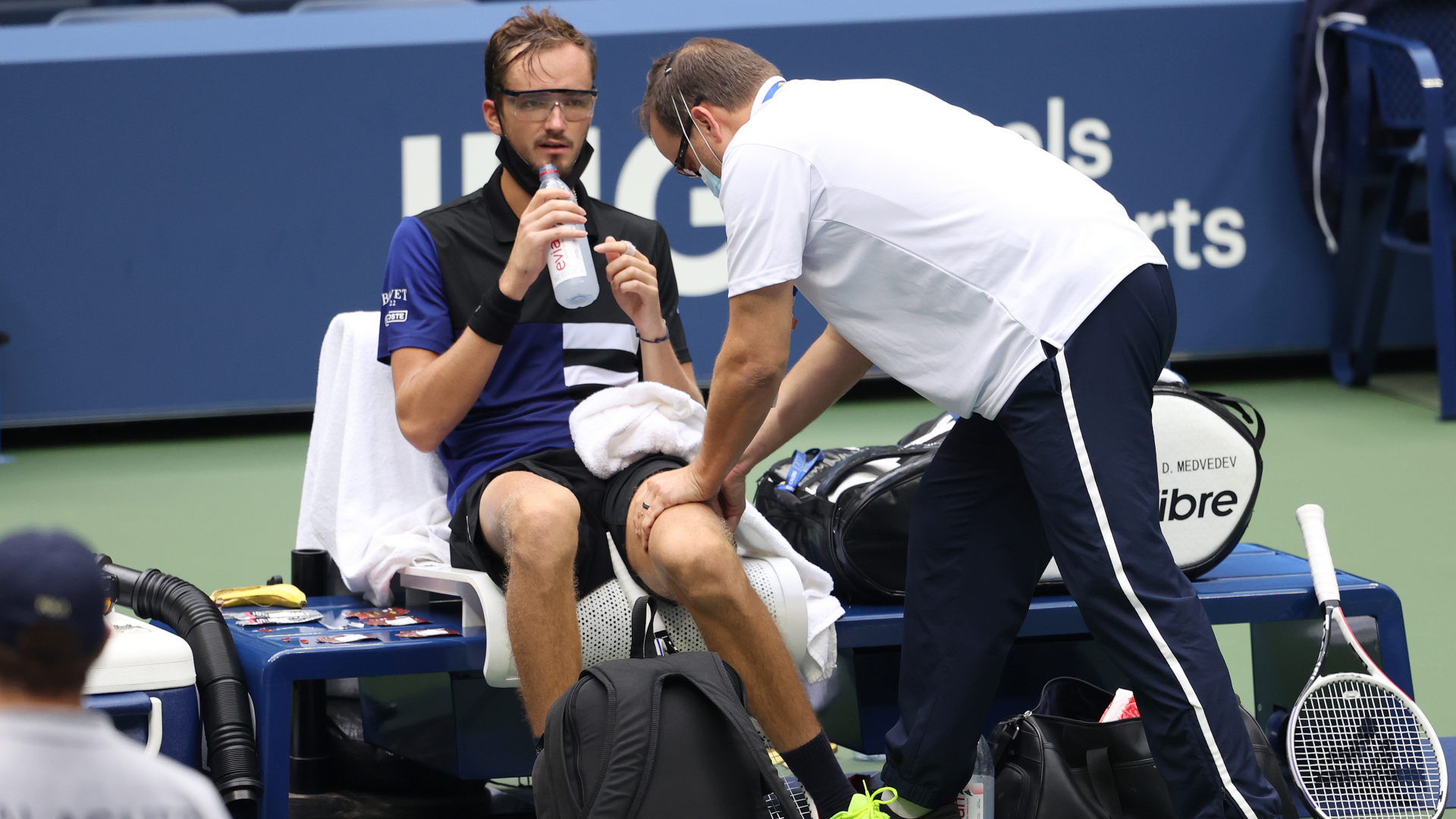 Daniil Medvedev played down concerns over his fitness after his US Open quarter-final win over Andrey Rublev.

But after moving into the semi-finals, Medvedev – the 2019 runner-up – insisted he was feeling fine.

“No, no, everything is quite fine. I just got a little bit tired at the end of the third set with really physical match that we had,” he told a news conference.

“My shoulder started to hurt just a little. And in order not to finish the third set, imagine I would serve one serve, and I don’t know, just pull my shoulder.

“I call the physio, so he took care of it. I was cramping a little bit, so he also massaged me, and it helped a lot. As you saw at the end, I was able to be 100 per cent.”

Medvedev is considered one of the favourites to win the US Open after world number one Novak Djokovic sensationally defaulted in the fourth round.

However, the 24-year-old said he was remaining focused, having initially been drawn on the opposite half to the world number one.

“No, to be honest with you, yeah, I said it already, that the problem is that Djokovic was not in my half even. So in order to meet him, I would need to be in the final,” Medvedev said.

“So if I’m going to be in the final, then of course there is no Djokovic, maybe I’m going to say to myself, ‘Yeah, this is an opportunity here, maybe bigger than if I would face Djokovic’.

“Right now I still have semis to play. Djokovic is the other side of draw, so that’s how I think pragmatically, and that’s how I take it.”

Medvedev will face either Dominic Thiem or Alex de Minaur in the semi-finals.