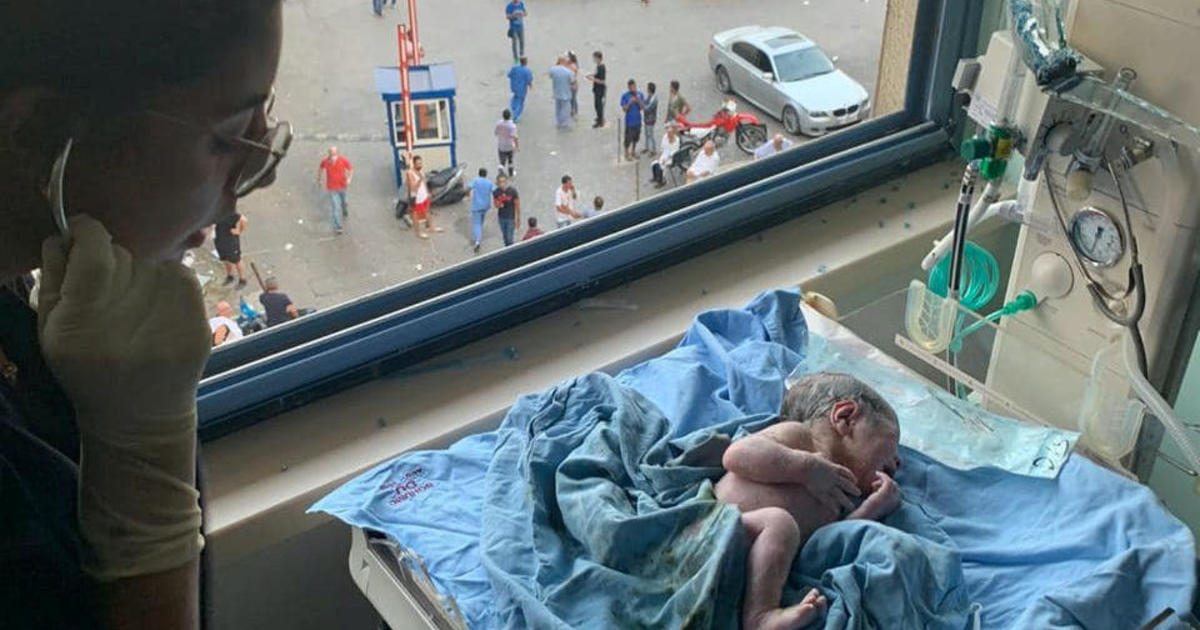 Emmanuelle Khnaisser was preparing to give birth as a devastating explosion hit Beirut on Tuesday and tore through her hospital room, her husband Edmound told Reuters. Edmound captured the incident — including the safe birth of their baby boy — on video.

The video shows windows of the hospital shattering just after Emmanuelle is wheeled into the delivery room. Edmound continues to film the scene even as he’s shaken by the blast.

“My son George was born under a catastrophic blast, I did not believe we came out alive,” Edmound told Reuters.

Doctors and nurses — working in near-darkness after the explosions — were able to safely deliver the baby boy, who the couple named George, Edmound said. Edmound took photos of the entire process, later praising the hospital workers on social media, Reuters reports.

“Thank you for bringing me safely into this world,” he said on behalf of George. “I hope I can pay you back some day.”

Tuesday’s explosion, which appeared to have been caused by a blaze at a fireworks warehouse that ignited a stockpile of ammonium nitrate stored at the port, ripped through the capital city of Lebanon, killing at least 135 people and wounding thousands of others. The blast obliterated the port and sent a tide of destruction through the city center.

“Houses, buildings, dead bodies in the streets, injuries,” said CBS News producer Sami Aouad. “Hospitals couldn’t accept more injuries and bodies because they were full. Beirut is a destroyed city. It is like a real war zone.”

Investigators are working to find out if the catastrophic explosion was caused by negligence. Many people blamed the catastrophe on the country’s long-entrenched political class, with some saying it marked the final straw after decades of corruption and neglect.