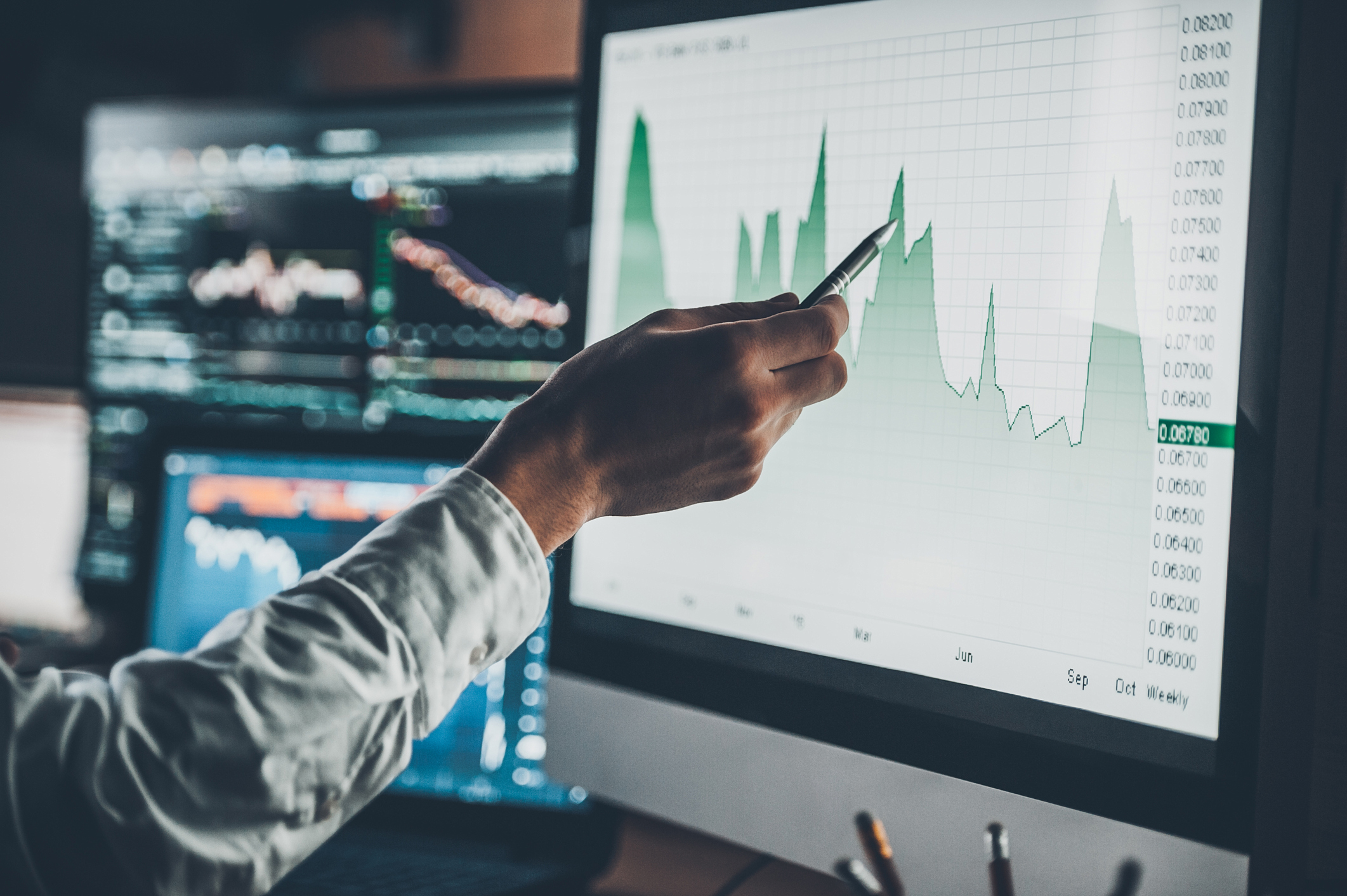 Shares of construction-oriented retailer Floor & Decor Holdings (NYSE:FND) rose 11% in August according to data from S&P Global Market Intelligence. Gym company Planet Fitness (NYSE:PLNT) had an even better showing, rising 16.5%. However, all retail names didn’t do nearly that well, with recreational vehicle and outdoor specialist Camping World Holdings (NYSE:CWH) off by roughly 20.5% in the month.

August represents an interesting turn of events when you step back and look at the earnings of each of these three retail names. To help put that in perspective, however, it helps to examine the price performance of the stocks between January and August. Over that eight month span Camping World Holdings was up 97%, Floor & Decor was up 44%, and Planet Fitness was down nearly 19%. For reference, the S&P 500 index was up 8.5% over the same period. 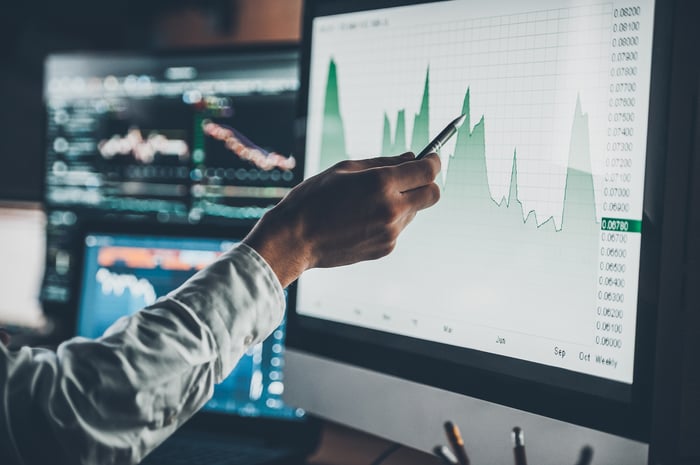 Planet Fitness is easily the biggest turnaround of the three when it comes to stock price. That makes complete sense given the impact of COVID-19 on its business. The company’s gyms were at the center of the pandemic storm, noting that the coronavirus is easily spread in group settings with a lot of heavy breathing going on. Not surprisingly, its gyms were shut down, cutting off revenue across its business. When it reported second-quarter earnings in early August the numbers were terrible, with revenue off by roughly 78% over the same quarter in 2019. Earnings fell to a loss of $0.36 per share compared to a profit of $0.41 per share in the previous year. Investors, however, had been expecting bad news. The focus, instead, was likely on the fact that the company had reopened 1,477 of its 2,059 gyms. Moreover, those numbers actually included 21 new gyms, as Planet Fitness is continuing to expand despite the current headwinds. Investors clearly think the future will be much brighter than the recent past, which is not at all an outlandish assumption given how bad things got during the shutdown.

Floor & Decor reported earnings in late July and it, too, was hit by the impact of COVID-19. Sales were down by 11% in the quarter compared to 2019, with adjusted earnings off by nearly 62%. Like Planet Fitness, that bad news was largely expected. The news on the reopening front, meanwhile, was pretty good, as the company was able to reopen all of its locations in June. Furthermore, comparable-store sales growth was 7.7% in June, after a series of poor relative showings during the shutdown because shuttered stores don’t generate any sales. July’s strong number, however, showed that demand has picked up quickly as the retailer reopened its stores. Floor & Decor also announced it was increasing its new store opening plans for 2020 from 11 to 13 and reaffirmed its plans to expand its store base by roughly 20% in 2021. In other words, given the COVID-19 setback, Floor & Decor is still doing fairly well overall. One thing worth noting, and perhaps monitoring, is that the retailer did a secondary offering in August. The sellers involved were larger shareholders looking to sell stock, with the company seeing no cash from the transaction. This isn’t unusual or inherently bad from a big-picture perspective, but the timing of the decision should probably make investors a bit edgy. 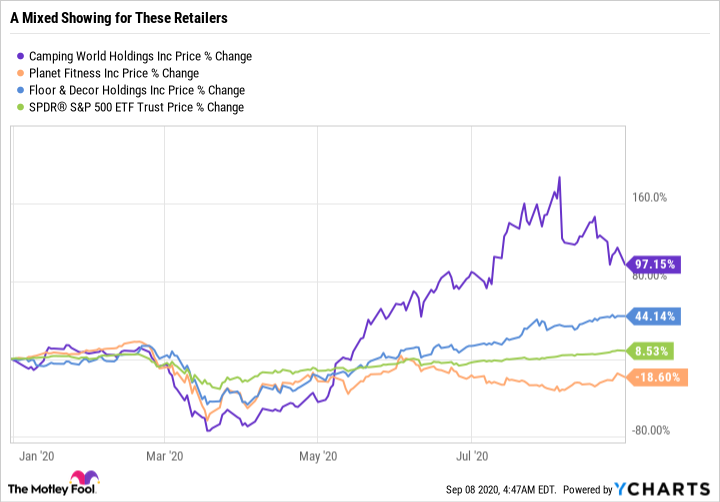 The oddball of this trio is Camping World Holdings, which saw its stock fall in August. When it reported second-quarter earnings in early August, it reported top-line growth of 9% year over year. Earnings increased more than threefold, going from $0.46 per share in the second quarter of 2019 to $1.54 in the same quarter of 2020. As consumers were asked to stay home to help slow the spread of COVID-19, they were clearly looking for ways to spend their time and RVs were seen as a good option. Investors were quick to react to that shift, however, bidding the stock up while the shares of other retailers were floundering. At the end of July, for example, Camping World’s shares were up 160% for the year. After a spike in early August along with earnings, the stock quickly started to sell off. The key here is that investors had priced a lot of good news into the stock and were likely looking to lock in gains as the U.S. economy began to reopen, leading to downward pressure on the shares. Long-term investors should note that, based on the still-huge year-to-date price advance relative to the market, there continues to be a lot of good news priced in here (as of this writing, the stock was still up around 100% for the year even after a material price drop).

There is a transition taking place today as the big-picture story shifts from the economy being effectively shut down because of COVID-19 to the economy starting to reopen. The names that benefited from the closures involved in slowing the spread of the coronavirus, like Camping World, may find that it was just a temporary boost. And the retailers that saw results fall off during the shut down, like Planet Fitness and Floor & Decor, are likely to see financial results tick higher. Wall Street has a bad habit of overreacting on both the upside and downside, which means investors will want to keep their wits about them in the quarters ahead as they look at retail stocks like Camping World, Floor & Decor, and Planet Fitness.