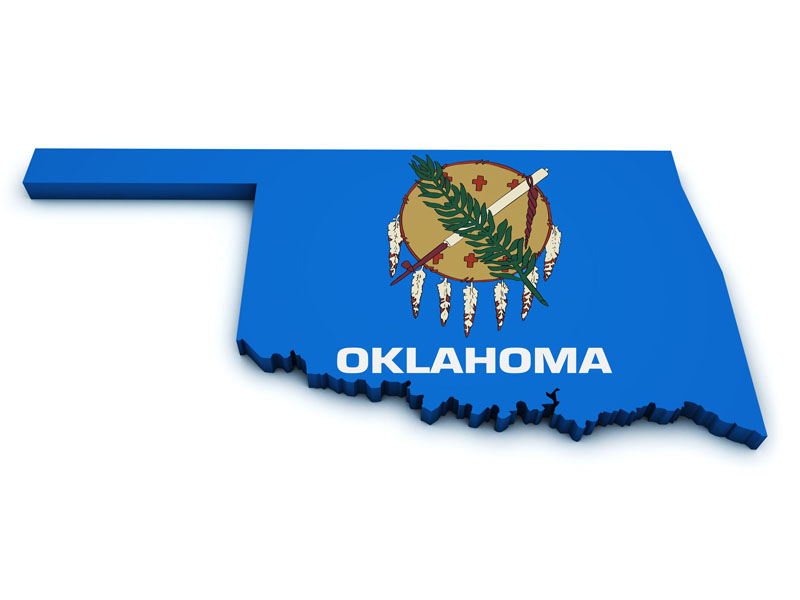 Before our pandemic summer swings toward what threatens to be a chaotic fall election, I want to recognize an encouraging family medicine victory this season.

And contributing to it was the Oklahoma AFP,(okafp.org) which counted among its resources data and materials from the AAFP’s Center for State Policy — marshalled for what turned out to be a swift drive.

“One thing we ran into was not knowing whether expansion would be on the ballot,” Oklahoma AFP Chapter Executive Kari Ames Webber told me this week. “Then we were in a two-month crunch once it got on the ballot.”

Gov. Kevin Stitt, a Republican, was pushing for his own health care plan but vetoed one of its funding mechanisms. Political observers suggested this was meant to sabotage the ballot measure. Regardless, it made for a hectic time.

“One hundred percent, it was a nail-biter,” Webber said when I asked her about election night. “It went down to the last hour. The pre-polling suggested it would pass by a big margin, but as the night kept going on, we could see it wasn’t getting as many of the votes in rural areas.”

“It is more difficult to cover those rural areas, education-wise,” explained Dawn Watson, the chapter’s legislative consultant. “We had some legislators, especially in those rural areas, speaking out against Medicaid expansion. And Gov. Stitt’s decision to put it on the June 30 ballot was a very last-minute announcement.”

The curtain just fell on a similar drama in Missouri with a strikingly similar result: The voters who swung Medicaid expansion there this month were concentrated in the state’s urban centers, while every rural county in the state — including areas with high rates of poverty and uninsured individuals(www.kcur.org) — rejected the measure.

Following the vote in Oklahoma, the state recently withdrew(www.medicaid.gov) a waiver application sent to CMS in May that sought to allow its SoonerCare program to levy work requirements and an income cap on Medicaid recipients. That may be less an acknowledgement of a new political reality than a shifting of the battle lines, but the morning after the vote, at least, an analysis(www.washingtonpost.com) by The Washington Post called Medicaid expansion in a Republican-leaning state “rich in political significance.”

Certainly it should be rich in significance to state chapters.

“The group that gathered the signatures to get it on a ballot morphed into the campaign group, which we supported any way we could — supplying doctors to talk to the media, trying to find places to do education — while staying politically neutral,” Webber said.

Those two things, education and nonpartisanship, dovetail and can lead to success when the facts support the mission.

“We stay very far out of anything that could be divisive, knowing that the majority of our members probably are conservative,” Webber told me. “So we work to educate our members, and the Center for State Policy materials let us do that. They’re always fact-based and black-and-white. For this issue, we weren’t talking politics, just ‘Here are the benefits of Medicaid expansion and here’s why it benefits your patients.’

“We have a physician who’s very involved and conservative, and the information came and he changed his opinion on it because it showed how clear-cut it was that Medicaid expansion was needed.”

The chapter is now benefitting from the momentum of that engagement.

“We have a really great group, a small group of very active physicians who have strong relationships at the capitol,” Webber said. “And on top of that, in the last little bit we have focused on starting what we call the OAFP strike force, trying to build on this win into the fall as we set our initiatives for next year.”

Watson explained how the task force would work: “That’s physicians who have interest in policy and who have or want to make connections with legislators in their areas, especially if those legislators are on the health committee.”

The goal is to grow that team to 20 or so physicians, each ready to get on the phone or write an op-ed for a local paper or elbow into a lawmaker’s office on short notice.

“It makes a big impact when legislators have physician contacts in their communities to seek advice from,” Webber said. “We’re trying to get our family physicians to build those relationships, to be a legislator’s first call for medical issues. We’re trying to take a targeted approach.”

I asked Watson what other states can do, short of recruiting a strike force.

“AAFP one-pagers have been a good resource for members and for legislative consultants with facts about Medicaid and block grants,” she added. The data there can be cited in social media posts, which, said is “a great way to get info out quickly and encourage members to comment and to call legislators.”

More calls and comments are on the way for the chapter. With the expansion adopted but not implemented, Stitt “is now pushing for Medicaid managed care on his own,” Webber said.

“We expect the next legislative session to be full of Medicaid funding questions and battles,” Watson added. “One funding source could be an increase from Supplemental Hospital Offset Payment Program(www.okhca.org) funds, which could affect hospitals, and thus any of our members who are hospitalists.”

Stitt has put out a call for stakeholders to offer input on a managed care program ahead of a formal request for proposals in the coming months.

And that hasn’t been the chapter’s only complicated win lately. A new rule that could have reduced personal exemptions to vaccinations passed and was signed in June — then set aside at Stitt’s direction because of the pandemic.

“We don’t know yet whether that’s a permanent rule change,” Webber said. “We have a presence in seven coalitions right now, trying hard to have a strong, cohesive message from the medical community on vaccines. Especially during COVID, we’ve made the coalition stronger and gotten results, such as mask mandates and school plans.”

“And we expect to educate OAFP members also on a ballot question that’s coming, on using Tobacco Settlement Endowment Trust funds to pay the state’s portion of Medicaid,” Watson said. “The ballot does not say ‘expansion.’ It says ‘Medicaid,’ which could mean supplanting. And it’s unclear the effect that redirecting future tobacco master settlement agreement funds could have on existing TSET programming, like physician loan repayment programs.”

“It’s a double-edged sword,” Webber said. “We worked hard for this and we’re glad it passed, but now we’re going to fight a different battle.”

She was again talking about the expansion vote. But of course there’s always a next fight.