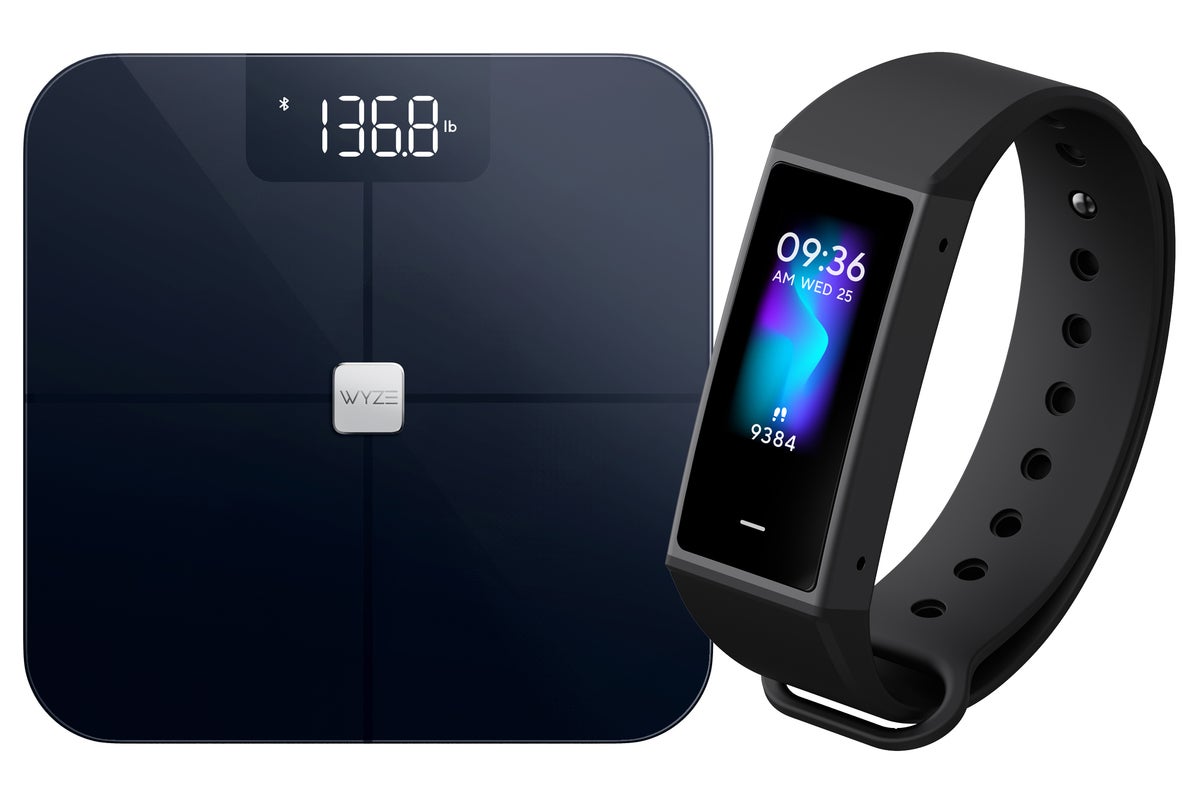 Wyze made a name for itself back in 2017 when it started selling a minimal cube-shaped security camera for $20. With a team comprised of ex-Apple employees, WyzeCam offered 1080p video, motion and sound detection, night vision, two-way audio, and 14 days of free cloud recording for a fraction of the cost Nest, Ring, and Logitech charged.

Now Wyze is bringing its affordable engineering to smart fitness gear in the form of a $25 activity tracker and a $20 scale. Like the cameras, there’s nothing cut-rate about them other than their price, and they bring many of the high-end features we expect from far pricey devices.

The Wyze Band looks something like a Fitbit Charge 2, with a somewhat thick vertical design and a 1-inch color OLED display and a “comfortable strap design.” Wyze says the tracker has the same 5 ATM rating as the Apple Watch (meaning it can withstand pressures equivalent to a depth of 50 meters) and whopping 10-day-plus battery life. It also includes native sleep tracking and rudimentary notification support on both iOS and Android.

Along with fitness tracking using the onboard heart-rate sensor, you can use also the Wyze Band to control other Wyze devices, including the camera, bulb, and plug, as well as “future Wyze devices.” Like the Fitbit Versa 2, it also comes with Alexa built-in, so you’ll be able to control third-party smart devices as well. It also supports routines and playlists. You’ll also be able to choose from a variety of watch faces or upload your own background photos.

The Wyze Scale also takes its design cues from Fitbit, with a sleek minimal aesthetic that looks very similar to the Aria 2. It measures body fat, body mass, and, of course, weight, but also tracks heart rate, bone mass, and body water percentage via an array of sensors. It will support Apple Health and Google Fit out of the box, with Fitbit and Samsung Galaxy smartwatch apps on the way.

The Wyze Scale will track up to eight unique users and “doesn’t require that annoying tap to turn on, wait, then step on action” due to always-on calibration. It also syncs to the Wyze app via Bluetooth “whenever the app is open and near the scale.”

Note: When you purchase something after clicking links in our articles, we may earn a small commission. Read our affiliate link policy for more details.